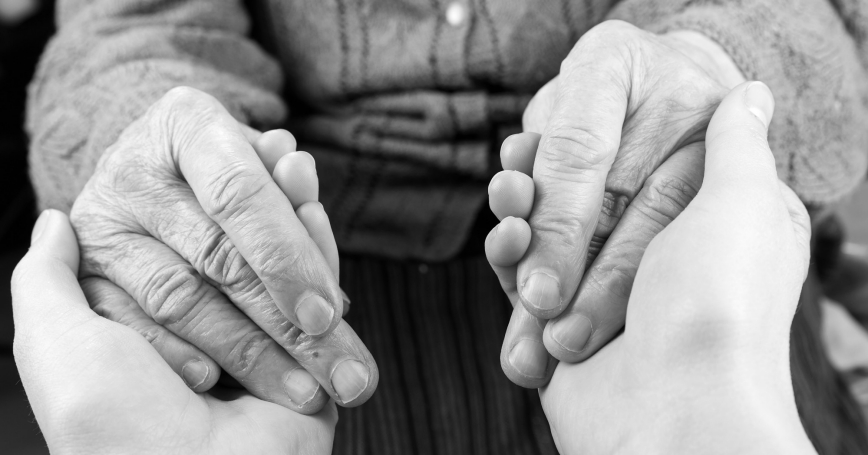 Abena Apau Buckley knew her husband was dying. She didn't need another brain scan to tell her the cancer was everywhere. He had stopped walking and was struggling to remember names. She wanted him to spend his final days at home. Instead, his doctors transferred him to a rehabilitation hospital.

“They didn't involve me in this,” she says now. “They just moved him. I was going there every day to see him, and I could see that he was not himself. I didn't want my husband to die in a rehabilitation hospital when he wasn't going to get rehabilitated. He didn't have a lot of time, and I didn't want him to spend it withering away in a hospital.”

One in every five American adults is caring for a loved one in need—an aging parent, an ailing friend, a wife disappearing into the shadows of dementia, a husband with incurable brain cancer. Too often, they have to fight to make their voices heard in a health care system that doesn't always see them as the partners in care they can be. A recent RAND study looked at what it would take to change that, and what it would mean for families like Abena Buckley's.

“I was his wife and his caregiver,” she says. “I should have been part of the conversation all along the way.”

Esther Friedman grew up helping her grandmother care for her grandfather, who had Alzheimer's disease. She wanted to become a scientist, to find a cure that would save people like him. Later, she realized her grandmother needed saving, too. Now a behavioral and social scientist at RAND, she's made helping caregivers a focus of her career. 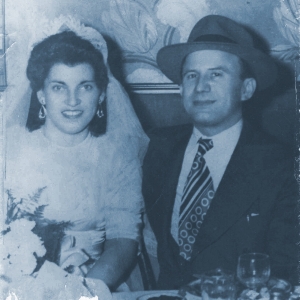 Esther Friedman's grandparents on their wedding day in 1946

“We're always going to have families and friends providing care,” said Friedman, who coauthored RAND's recent report on how to better integrate caregivers into the health care system. “We need to make it less burdensome, so they can spend more time with their loved ones and less time navigating the system. The first step is really just to recognize what family caregivers are doing—and that they're doing more than ever before.”

Family caregivers are the invisible front lines of American health care. They check vital signs, give daily injections, clean wounds, and deliver tube feedings. When COVID-19 scared people away from crowded hospitals, it was family and friends who stepped up to provide care for them. And yet, one survey found that barely a third of family caregivers feel like a welcome part of the health care team.

“It's time-consuming, it's exhausting, it's challenging,” said Patricia Tong, an economist at RAND who co-led the caregiving study. She became interested in caregiving research after seeing how hard her husband worked to care for some of his family members. “This is something that touches everybody at some point in their lives,” she said. “We need to figure it out.”

Abena Buckley was eight months pregnant when a scan first detected the knot of cancer cells in her husband Joseph's brain. Chemotherapy held it back for a few years, and Joseph convinced his doctors that he was well enough to resume his job as a math teacher and to get back to his woodworking projects in the basement. The doctors didn't see him crawling into bed, weak and exhausted, every afternoon; or the hours that Abena spent managing his appointments, delivering his medicine, and tracking his seizures. 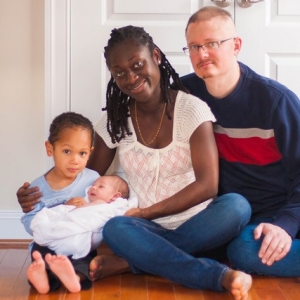 Abena Apau Buckley with her husband and children

Talk to ten different caregivers, and you'll likely hear ten different stories of interacting with the health care system: A woman who did everything she could to get her name on the record as a caregiver for her 94-year-old aunt, who still never got a call when her aunt was rushed to the hospital. A man who grew so concerned that his wife's doctors weren't listening to him that he typed up a 16-point list of his concerns and handed it to them. Item No. 3: “She remembers none of her 3 children.”

There are signs of change. Congress has ordered a national strategy to recognize and support family caregivers. Most states now require hospitals to ask patients if they would like to name a caregiver. But RAND's study found that much more could be done, especially as the American population ages and caregivers take on more health care responsibilities.

Patient records should include a new field to record the names of caregivers, to make that a routine part of every health care encounter.

Patient records, for example, should include a new field to record the names of any potential caregivers, to make that a routine part of every health care encounter. Hospitals and other health care providers should consider investing in support programs for caregivers, or hiring care coordinators to guide them through the system. They also should train their clinicians to communicate with caregivers who might not know an EKG from an EEG.

Insurance companies have started moving toward payment models that value quality of care over quantity of procedures. That alone may encourage health care providers to engage more with family caregivers—who, after all, are often in a better position to monitor their loved ones' health needs, moment by moment.

“We need to make it as easy as we can for caregivers to be very active members of the team,” said Leslie Burger, once the commanding general of the former Walter Reed Army Medical Center, now retired and caring for his wife, who has dementia. “It can be very, very difficult on this side of the bed.”

RAND's study was one of the first to look at how American health care could better integrate family caregivers, from the perspective of those closest to the question. Researchers interviewed more than a dozen providers, payers, and caregiver advocates for their ideas and recommendations. Not one spoke in favor of the status quo.

The pediatric model could be useful in thinking about integrating caregivers across the health care spectrum.

But several suggested that one medical specialty in particular could have some important lessons for the rest of the health care system: pediatrics. The pediatric model always includes parents, guardians, and other caregivers in health care decisions as a matter of course. That could be a useful way to think about integrating caregivers across the health care spectrum.

“There should be more space for the caregiver to have an autonomous role that is about the patient but also independent of the patient,” said Abena Buckley, who has worked with the National Alliance for Caregiving to amplify the voices of caregivers like her. “A separate appointment, a separate time to share information. Where is that space right now? There were so many times when I had to raise a really high red flag just to get someone's attention. I felt like I wasted a lot of time not being able to ask questions that might have actually bought us more real time together.”

She was able to bring her husband home in the end, after a brain scan revealed what she already knew. The chemotherapy had stopped working; the cancer was spreading unchecked. Joseph Weaver Buckley died at home, with his wife, two young sons, and extended family a few weeks later, in September 2017. He had just turned 38. His family found an unfinished bed in the basement that he had been building as a gift for his oldest son. His father and his son worked together to finish it after his death.