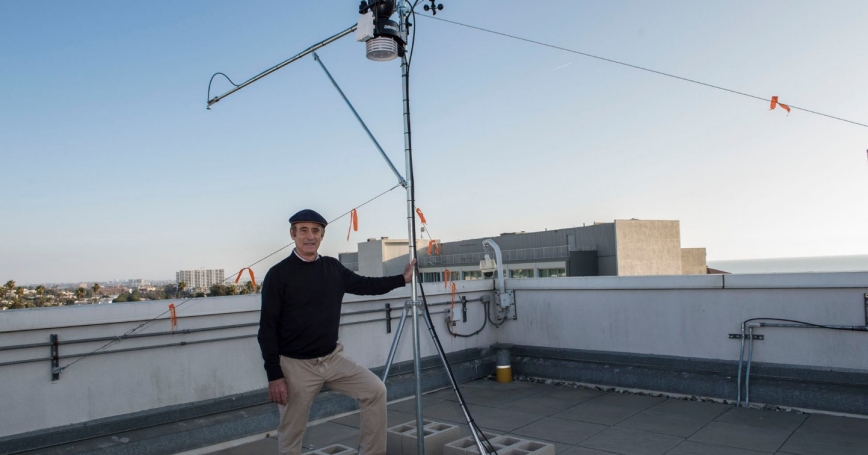 Los Angeles, once the U.S. capital of smog and sprawl, has vowed to lead the nation into a cleaner, greener future by stamping out carbon pollution. A small array of sensors installed this month on the roof of RAND's Santa Monica headquarters could help it get there.

The sensors sniff the air for carbon dioxide and other greenhouse gases. They're part of an international effort to push forward the science of measuring urban emissions—a critical step toward reducing them.

“This will give us a much richer sense of where greenhouse gases are coming from, where they're being absorbed, and, hopefully, how we can do a much better job of managing them,” said Robert Lempert, a principal researcher at RAND, whose contributions to the Intergovernmental Panel on Climate Change earned him a share of the 2007 Nobel Peace Prize.

Workers installed the sensors on RAND's roof the same week world leaders met in Glasgow, Scotland, for a summit on Earth's climatic future. The summit's message was clear, even if the path forward was not: Without swift and sharp cuts in carbon emissions—in years, not decades—the world will not escape dangerous changes to the climate.

“We are digging our own graves,” António Guterres, the secretary-general of the United Nations, warned. “It is one minute to midnight on that Doomsday clock,” added British Prime Minister Boris Johnson.

Carbon emissions don't just hang in the air like an accusing finger over the factories and freeways where they come from. They blow around on the wind and drift into the upper atmosphere.

But those carbon emissions don't just hang in the air like an accusing finger over the factories and freeways where they come from. They blow around on the wind and drift into the upper atmosphere. That makes pinpointing their sources especially difficult—and regulating those sources, even more so.

Scientists in Los Angeles and other major world cities have been working on a potential solution. They use sensors on the ground to measure carbon and methane levels across their cities. Sensors on airplanes and satellites provide additional readings looking down.

The result, when paired with data on weather and wind speeds, is a much more detailed, and much more accurate, picture of the ebb and flow of greenhouse gas emissions.

That should help scientists and city leaders track emissions to see whether their carbon-cutting efforts are working. “There's an old cliché that I'm sure you've heard a million times: that you can only manage what you can measure,” former Vice President Al Gore said in a talk outside the Glasgow climate summit. Better satellite and computer monitoring of emissions, he said, “changes everything.”

The scientists working to make that a reality in Los Angeles call their effort the Megacities Carbon Project. They envision a time in the not-so-distant future when the air blowing across the world's biggest cities can be sampled for greenhouse gases thousands of times every day. 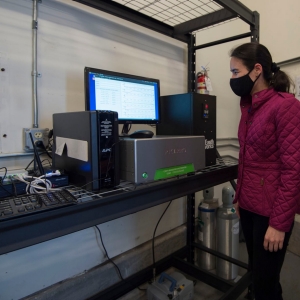 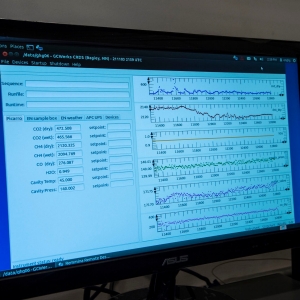 Readings from RAND will be incorporated into the Megacities Carbon Project

Los Angeles has committed to become the first major U.S. city to break its reliance on fossil fuels like coal and gasoline, and to run entirely on clean, carbon-free energy. The Megacities Carbon Project, run by NASA's Jet Propulsion Laboratory and not part of the city's efforts, currently has 14 monitoring sites around the L.A. basin to track how its emissions vary by time and place.

The latest site—the one on RAND's roof—helps fill an important gap in the network. The building is just a few blocks from the beach in Santa Monica, on the western edge of the basin. Its sensors will sample air blowing in from the ocean when winds are coming from the west. When they switch—during the hot, dry wind events known as Santa Anas, for example—the sensors will catch air that has traveled across the entire city.

RAND has been working to address climate change for decades. It warned in a 1968 paper that “CO2 from human activity could cause important changes of global climate during the next few decades.” In the 1980s, RAND researchers helped lead a scientific movement to ban the aerosols eating away at the ozone layer. Lempert, now the director of the Frederick S. Pardee Center for Longer Range Global Policy and the Future Human Condition, published his first RAND report on policy options to combat global warming almost 30 years ago.

The new sensors on RAND's roof aren't especially noticeable, but Lempert said he hopes the data they generate will inspire a new generation of researchers to continue that search for solutions. “Climate change can be very abstract sometimes,” he said. “This gives us a very real, very tactile connection to finding solutions to the problem.”