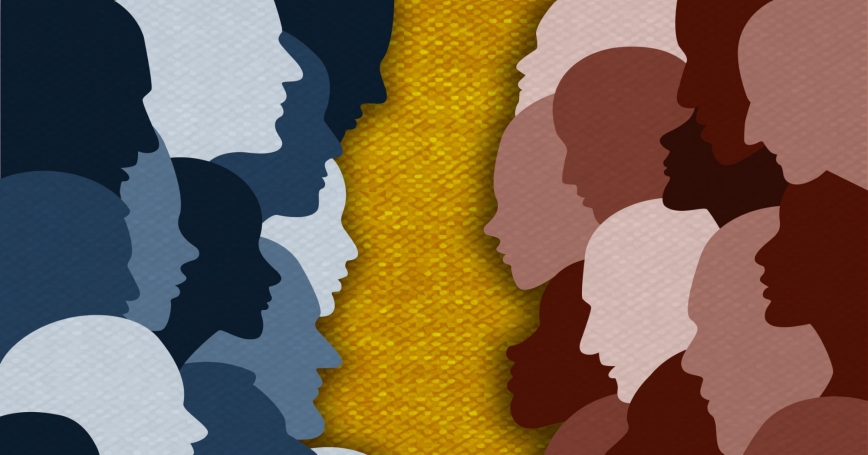 More than 120 people die by gunfire on an average day in America. Yet the research that could help answer such basic questions as why and what to do about it is surprisingly thin. One 2017 study estimated that, for every dollar the federal government spent to better understand gun violence, it spent $142 to better understand sepsis.

For years now, researchers at RAND have been working to fill that vacuum. One of their most recent studies found something that might seem unthinkable amid the poisoned politics of the gun debate. Regardless of where they stood on the issue, experts RAND surveyed were not so dissimilar in what they thought gun policies should be trying to accomplish. There were places—not many, but some—where there might even be room for compromise.

“This is a debate where people think the other side is just wrong or irrational, and there's no way to ever change their minds,” said Rosanna Smart, an economist at RAND who led the study as part of RAND's Gun Policy in America initiative. “One of our main takeaways is that we're maybe not as far apart as we think we are.”

Researchers surveyed nearly 200 experts for their views on policies ranging from weapon bans to stand-your-ground laws. They included gun policy researchers, advocates, and congressional staffers who work on gun issues—and, as expected, they split into two opposing camps. One favored tougher laws and more restrictions on guns. The other favored more permissive laws, with fewer restrictions.

This is a debate where people think the other side is just wrong or irrational, and there's no way to ever change their minds. One of our main takeaways is that we're maybe not as far apart as we think we are.

A ban on the sale of “assault weapons” was either one of the worst policy ideas or one of the best. Acquiring a gun either put the owner and the owner's family at higher risk of homicide, or sharply reduced their risk.

But reading through the results, the researchers found some areas where the circles around each camp touched. Some experts in the more-permissive group, for example, thought child-access prevention laws could be good policy, a 4 out of 5. So did most members of the more-restrictive group.

Other policies with some overlap included keeping guns out of the hands of anyone subject to a domestic violence restraining order; and requiring felons and others prohibited from owning guns to surrender any they already have.

In fact, the researchers found one policy that members of both camps thought would be a win. It would commit resources to prosecute anyone who cannot legally own a gun but falsifies paperwork or otherwise tries to acquire one anyway. The experts largely agreed that would reduce firearm homicides, mass shootings, and property crime, with no significant effect on hunting, defensive gun use, or the right to bear arms.

What the survey results showed, researchers realized, was two groups with wildly different opinions on gun policy—but not wildly different objectives. It wasn't that one side was trying to prevent mass shootings at all costs, while the other wanted to protect the right to bear arms. Both sides put the highest priority on preventing firearm homicides, followed by preventing firearm suicides and protecting privacy rights.

The researchers found one other clue to what might be driving some of the dissonance. They asked what would happen to total homicides and suicides if tougher policies managed to reduce those caused by firearms.

The experts who favored more-restrictive policies thought that almost every firearm death that could be prevented would be a life saved. The experts in the more-permissive group did not. They thought many of those deaths would still happen, just by other means. Take the gun out of the equation, and you would still have a problem.

That is, crucially, a question of fact, not ideology—a question that good research could start to answer. Do reductions in firearm suicides bring down total suicides? Do gun-free zones cause homicides to rise or fall? More research and better data might not end the debate over gun policy in America, but they might at least cut through the talking points and give the two sides something more than opinions to argue about.

“At the very least, everyone agrees on what the stated objectives should be,” Smart said. “That alone gives me hope that there's some path forward. It's a lot different than trying to change hearts and minds about what gun policies should be trying to accomplish in the first place. There's just a really wide-open opportunity to start trying to fill some of these holes.”