Tracking Migration Amid War and Disease 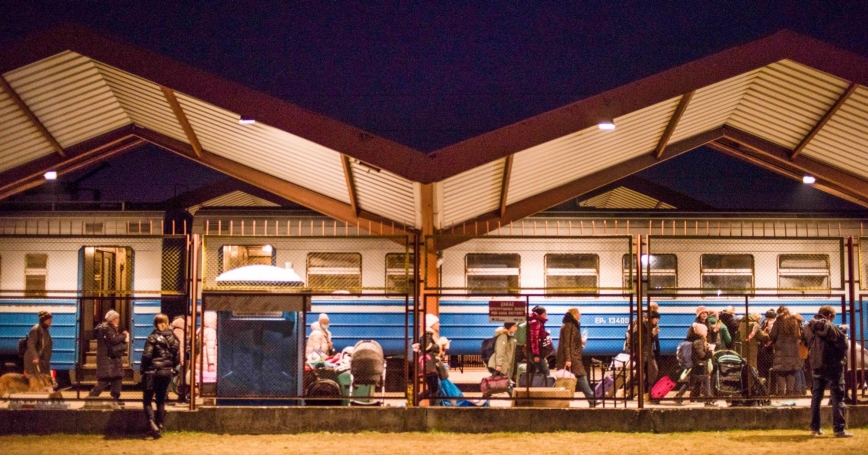 Unprecedented waves of refugees and economic migrants—displaced by conflicts, political and economic instability, natural disasters, and environmental change—highlight the need for new ways to capture data on international migration.

They stood in the crowded ticket hall of a Polish train station eight miles from the Ukraine border, holding up cardboard signs for the exhausted women and children arriving there. “Can take a family—Warsaw,” one read, according to the BBC. “40 places available on bus to Germany,” read another.

Millions of people were on the move, streaming west, the most sudden evacuation from a country in Europe since World War II. The countries that welcomed them with backpacks, baby formula, beds, and bus rides will be changed for years to come in ways that will be hard to measure.

Good government runs on good numbers: How many students in the schools; how many workers in the labor market; how many people needing housing or health care. But shock events—a global pandemic, a refugee crisis, a war—can change the numbers much faster than official surveys and census-takers can count. Researchers from RAND and RAND Europe have been working on a way to better track migrant numbers, country by country and state by state, in almost real time. They do it by tapping into one of the largest information-gathering operations on the planet, Facebook.

“It's really hard to make good policy decisions using existing statistics,” said Stijn Hoorens, who leads the project as the director of RAND's Brussels office and a senior research leader at RAND Europe. “You need accurate, complete, and, particularly, recent data. Those are pretty much absent in the context of migration.” 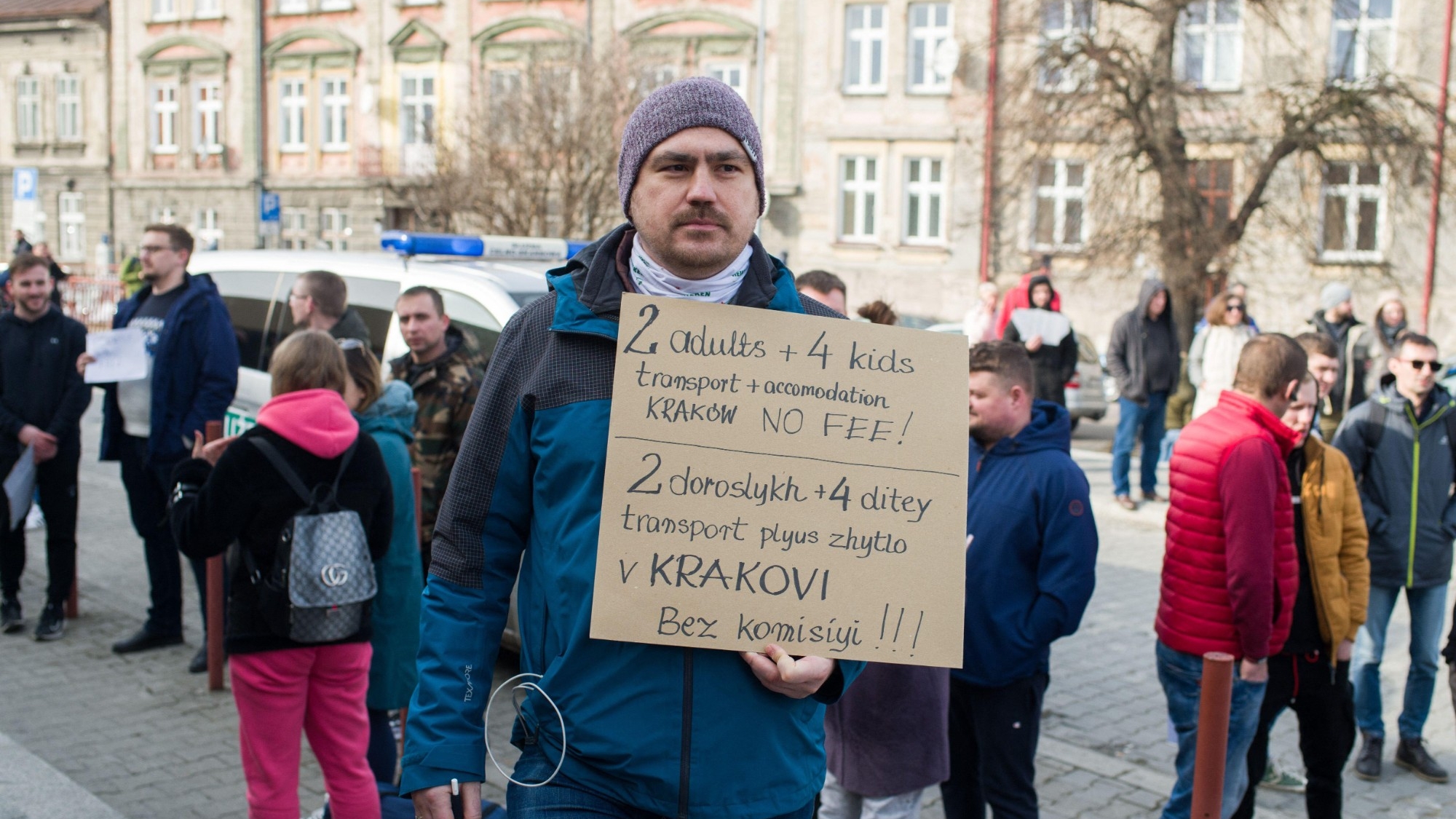 The United Nations, working with the countries closest to Ukraine, has been able to keep a running tally on how many refugees have fled the Russian invasion. It estimates, for example, that more than 70,000 children were crossing the border every day during the first weeks of the war—an average of almost one per second. But keeping track of where people are, and where they are going, becomes much more difficult after they leave official border checkpoints. That busload of refugees headed to Germany is not likely to appear in any official census anytime soon.

That can cause real problems—for policymakers, who have to make decisions with numbers that might be years out of date, but also for the people who don't get counted. In early 2020, for example, countries around the world sealed their borders and shut down travel to slow the spread of COVID-19. No one knew exactly how many migrants were living and working in other countries at the time—but they were now trapped, with no easy way to get back home, just as jobs started to disappear.

A few years ago, researchers from RAND Europe started to look for new ways to measure labor migration within the European Union. They were trying to solve a paradox of population statistics: They can be accurate, and they can be timely, but in an open society, they can't often be accurate and timely at the same time. The gold standard of government statistics in the United States, for example, is the U.S. Census—which won't be completed again until 2030.

Its 2.9 billion monthly users freely provide data that government statisticians could only dream of having. If you want to know how many teenage soccer players in Seattle have “liked” a particular soft drink, Facebook can tell you. One data point in particular, which Facebook calls “lived in” but users might recognize as “places lived,” gave researchers the key they were looking for. 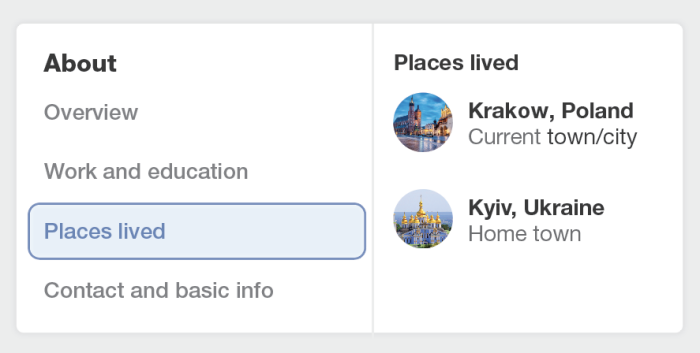 It's a measure of users whose geolocation puts them in one place, but whose profile shows that they have lived in another. Paired with other data points, like age and gender—and with a heavy dose of probability theory and mathematical modeling—the researchers found it could provide a signal for how migration numbers were rising or falling in a given state or country.

They could then use that signal to adjust the official statistics up or down. They were, essentially, trying to predict what the U.S. Census Bureau or the statistical office of the European Union would find if they did their counts at that very moment. They called it “nowcasting.”

The researchers from RAND Europe teamed up with their counterparts at RAND's U.S. offices to test their method in individual U.S. states as well as in the countries of Europe. They were able to show, for example, that the number of Senegalese migrants living in Belgium had been increasing in late 2019, just before the pandemic—but then leveled out as travel bans went into effect. Likewise, the number of Honduran migrants in Texas had been growing in recent years, but then started to slide as COVID-19 took hold.

Detailed data can help governments better anticipate changes in migration levels that could affect everything from labor markets to housing needs.

That level of detail could help governments better anticipate changes in migration levels that could affect everything from labor markets to housing needs. That could help fill the gap between when a shock event like war or disease jolts population numbers, and when official headcounts can catch up.

“You can really see, in almost real time, the latest migration trends along individual corridors,” said Matthew Cefalu, a statistician at RAND who worked on the project. “That is the major takeaway, the ability to have this information in the next month instead of having to wait for the official statistics to be released.”

The researchers are still working to refine their approach. Facebook is not as dominant a social media force in some countries as it is in others, which could weaken its predictive power. The researchers have also found that their estimates are more precise when they have more years of social media data overlapping with the official statistics.

But as a test of what's possible, their approach shows the value of looking beyond traditional statistics—especially at a time when those statistics are changing by the day or week, not by the year. “Being able to see migration trends in almost real time—we've done that probably more comprehensively than anyone has before,” Hoorens said.

That is going to be a long-term challenge for the countries of Europe and beyond. The millions of Ukrainians fleeing Russian tanks and bombs will need local services and support, from health care to employment to language help in the schools—long before official statistics even show they're there.