Women and Nation-Building: Lessons from Afghanistan 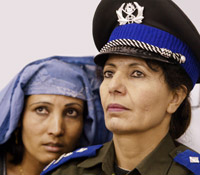 In previous post-conflict reconstruction and development efforts, some policymakers and development agencies feared that pursuing a stronger role for women in nation-building “too soon” could lead to instability. In a recent RAND National Security Research Division report on the role of women in nation-building efforts, a team of researchers led by Cheryl Benard found that the opposite is true: women's participation in post-conflict nation-building is an important ingredient in achieving an equitable, peaceful and more prosperous society.

The report, titled Women and Nation-Building, examines the role that women have played in the recent reconstruction activities in Afghanistan and its impact on the post-conflict nation. Researchers concluded that when Afghanistan started to embrace a new and expanded public role for women in 2002 after the fall of the Taliban, that effort encountered less pushback than critics expected. Women voted, signed petitions, ran for public office, were outspoken critics of corruption and the influence of warlords, served as provincial governors and ministers and joined the Afghan police force — even in highly conservative provinces.

Cheryl Benard is a Senior Political Scientist at the RAND Corporation and Director of the RAND Center for Middle East Public Policy’s Initiative for Middle Eastern Youth. Her recent RAND publications include: Building Moderate Muslim Networks and Securing Health: Lessons from Nation-Building Missions. She also is co-director of a RAND Alternative Strategy Initiative project on Creative Use of the Media in the Muslim World.