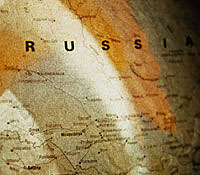 In recent years, we have seen Russia's economy and global influence grow. The U.S. and Russia, while continuing to share some key interests and goals, have also clashed on a variety of issues.

With a new president having already taken office in Russia, and presidential elections coming up in the United States, there exist real opportunities to rethink and reevaluate U.S. interests and policies regarding Russia. A forthcoming RAND report, Russian Foreign Policy: Sources and Implications, addresses Russia's foreign and security policies, and the domestic and strategic issues that shape it.

Olga Oliker is a Senior International Policy Analyst at the RAND Corporation. She publishes widely on security issues relating to Russia and other former Soviet states; reform and development in the conflict, post-conflict and other transition contexts; and transnational threats. She has a particular interest in efforts by the United States and others to assist and foster reform in countries in transition and has worked on these issues directly in Iraq and Liberia, as well as several post-Soviet countries.