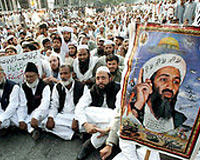 RAND Political Scientist Seth Jones will present findings from a new RAND publication, How Terrorist Groups End: Lessons for Countering al Qa'ida to a Congressional audience. Co-author Martin Libicki will be present to participate in the question & answer period.

All terrorist groups eventually end. But how do they end? Answers to this question have enormous implications for dealing with al Qa'ida and suggest fundamentally rethinking post–September 11 U.S. counterterrorism strategy.

The evidence since 1968 indicates that most groups have not ended due to military pressure but because (1) they joined the political process or (2) local police and intelligence agencies arrested or killed key members and that few groups achieved victory within this timeframe.

The ending of most terrorist groups requires a range of policy instruments, such as careful police and intelligence work, military force, political negotiations, and economic sanctions. Yet policymakers need to understand where to prioritize their efforts with limited resources and attention.

Seth Jones is a Political Scientist at RAND and an Adjunct Professor at Georgetown University's Edmund A. Walsh School of Foreign Service. He has focused on counterinsurgency and counterterrorism missions, including U.S. operations in Afghanistan, for the U.S. Department of Defense. His books include "In the Graveyard of Empires: America's War in Afghanistan" (W.W. Norton, forthcoming), as well as "The Rise of European Security Cooperation" (Cambridge University Press, 2007). He has published a range of journal articles in International Security, The National Interest, Security Studies, Chicago Journal of International Law, International Affairs, and Survival, as well as such newspapers and magazines as The New York Times, Newsweek, Financial Times, and International Herald Tribune. He received his MA and PhD from the University of Chicago.