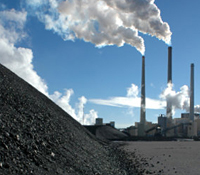 The RAND Corporation will present the findings of a study that assesses:

The report looks at the potential cost-competitiveness of these alternative fuels and the potential trade-offs that their deployment requires.

Michael Toman is a Senior Economist working on energy and climate change issues in RAND's Infrastructure, Safety, and Environment Division. Prior to joining RAND, Mike worked in the central environment division of the Inter-American Development Bank (IDB), coordinating the Bank's programs on sustainable energy and climate change. Before joining the IDB, Mike worked for a number of years as a researcher and research manager at Resources for the Future, with involvement in a number of topic areas including energy, climate change, and sustainable economic development. From 1994-1996 Mike served as a Senior Staff Economist for the Council of Economic Advisers, Executive Office of the President, handling energy and environmental issues for the Council. Mike also is an adjunct faculty member at the Nitze School of International Studies, Johns Hopkins University and at the Bren School of the Environment, University of California at Santa Barbara.