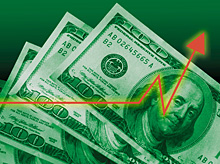 For the past two decades, growth in U.S. health care costs has outpaced growth in gross domestic product (GDP). As the House and Senate debate the different health reform proposals, one of the most common questions is how to reign in health care spending and decrease costs. But do we know to what extent sharply rising health care costs affect the U.S. economy?

RAND conducted a first-of-its-kind study that has linked the rapid growth of health care costs to negative economic consequences for several U.S. industries. Increased health care costs can translate into higher labor costs, which might cause firms to hire fewer workers, produce less output, or raise prices. Findings from the study presented at the briefing will include the following:

Neeraj Sood is a senior economist at RAND, a professor at the Pardee RAND Graduate School, and a faculty research fellow at the National Bureau of Economic Research. His previous research focused on the economics of innovation, HIV/AIDS policy, and health care financing. Currently, Sood's work focuses on health economics and health policy research, with an emphasis on the role of price regulation in health and life insurance markets, the effects of provider reimbursement on resource use and outcomes, and the impact of health insurance markets on the HIV and obesity epidemics.

For 60 years, RAND has provided policymakers with independent, objective research and analysis on key national security, domestic and international issues. RAND work helps members of Congress and their staffs make better-informed decisions on the nation's pressing challenges. The Office of Congressional Relations offers a number of products and services to educate, inform, and facilitate congressional policymakers' access to RAND work, including coordinating congressional testimony by RAND experts, organizing briefings and meetings, synthesizing RAND work into topical e-newsletters and providing reports and publications to congressional offices. For more information, visit the Office of Congressional Relations webpage, contact ocr@rand.org or call (703) 413-1100, ext. 5395.