Surface Transportation Finance: The End of User Financing or a New Beginning? 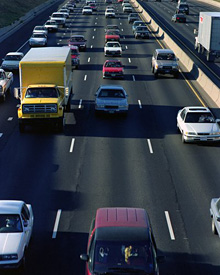 For decades, highway and public transportation improvements have been financed by allocations from the United States Highway Trust Fund. But revenue has fallen woefully short as the transportation user fees, the principal source of revenue for the fund, have not increased since 1993. As a result, the United States has had to shore up the trust fund with infusions of general fund revenue, a questionable policy as the United States aims to reduce petroleum consumption for reasons of sustainability and to promote energy independence. As Congress focuses on the pending reauthorization of the federal transportation bill, it should consider funding alternatives for the U.S. transportation system.

The briefing will include

Martin Wachs is director of the Transportation, Space, and Technology Program at RAND. Before joining RAND in 2005, he was professor of civil and environmental engineering and professor of city and regional planning at the University of California, Berkeley, where was also director of the Institute of Transportation Studies. Prior to this, he spent 25 years at UCLA, where he served three terms as chairman of the Department of Urban Planning. Wachs served on the Executive Committee of the Transportation Research Board (TRB) for nine years and was the TRB chairman in 2000.

For more than 60 years, RAND has provided policymakers with independent, objective research and analysis on key national security, domestic, and international issues. RAND work helps members of Congress and their staffs make better-informed decisions on the nation's pressing challenges. The Office of Congressional Relations offers a number of products and services to educate, inform, and facilitate congressional policymakers' access to RAND work, including coordinating congressional testimony by RAND experts, organizing briefings and meetings, synthesizing RAND work into topical e-newsletters and providing reports and publications to congressional offices. For more information, visit the Office of Congressional Relations Web page, contact ocr@rand.org, or call (703) 413-1100, ext. 5395.