Improving the Energy Performance of Buildings: Learning from the European Union and Australia 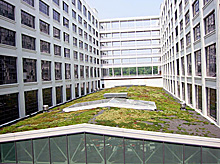 In developed countries, more than a third of all energy is used to heat, cool, and illuminate buildings—efficiently or not. Increasing energy efficiency and reducing energy use in buildings can play an important part in policies designed to improve energy security and limit the risks of climate change.

This briefing will include