Marijuana Legalization: Projected Revenues, Costs, and Effects on Price and Use in California 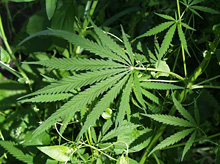 Over the last year, the California State Legislature has considered legalizing, regulating, and taxing marijuana. Governor Schwarzenegger called for a debate on the issue, the Assembly's Committee on Public Safety held a hearing in October 2009, two marijuana reform bills were introduced in 2010, and an initiative has qualified for the November 2010 ballot.

This briefing will include

Beau Kilmer is codirector of the RAND Drug Policy Research Center, an assistant editor for Addiction, and the coeditor of the new Journal of Drug Policy Analysis. His primary fields of interest are illicit markets, community corrections, substance use and treatment, and technologies that enable what he calls DIRECT surveillance (Drug and alcohol use Information from REmote and Continuous Testing).

His recent work has been published in outlets such as the Proceedings of the National Academy of Sciences (with Mark Kleiman), Foreign Policy (with Peter Reuter), and the Journal of Quantitative Criminology. Kilmer earned his Ph.D. from Harvard University. Before earning his Ph.D., Kilmer received a Judicial Administration Fellowship that supported his work with the San Francisco Drug Court.