The War Within: Preventing Suicide in the U.S. Military 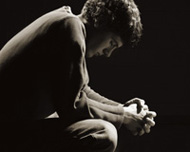 Lengthy and multiple tours of duty are exacting a substantial toll on members of the U.S. armed forces. Until 2006, the year for which the most recent national suicide data is available, the suicide rate in the military was lower than among civilians of comparable age, sex, and racial profiles. Since then, the military suicide rate has climbed higher, suggesting that this gap is narrowing and for some services the rate may actually exceed that of the comparable civilian population.

RAND recently published The War Within: Preventing Suicide in the U.S. Military, which looked at the following:

Please join us to hear these findings and recommendations informed by research conducted in both civilian and military sectors for the Department of Defense.

About the RAND Center for Military Health Policy Research

The goal of the Center for Military Health Policy Research is to help Department of Defense and the Department of Veterans Affairs meet the challenges of providing the best care possible to this diverse population, while containing costs.