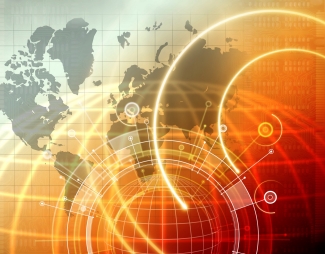 With dire warnings about U.S. cyber vulnerabilities, the Obama administration is pushing Congress to pass a comprehensive cybersecurity bill, and Senate and House committees are moving forward to craft such legislation. Clearly, the protection of cyberspace from potential foreign adversaries has become a vital national interest because of its importance both to the economy and to military power. But traditional warfighting techniques, such as force, offense, defense, and deterrence, cannot be blindly applied to cyberspace. Instead, cyberspace must be understood on its own terms, and policy decisions being made for this domain must reflect this understanding. Failure to do so may hinder policy and planning.

Martin Libicki (Ph.D., University of California, Berkeley, 1978) has been a senior management scientist at RAND since 1998. His research focuses on the impacts of information technology on domestic and national security. He is the author of two commercially published books, Conquest in Cyberspace: National Security and Information Warfare and Information Technology Standards: Quest for the Common Byte, as well as numerous RAND monographs, including Cyberdeterrence and Cyberwar, How Insurgencies End (with Ben Connable), How Terrorist Groups End: Lessons for Countering al Qa'ida (with Seth Jones), and (as co-editor) New Challenges, New Tools for Defense Decisionmaking. His most recent projects have examined the subjects of international demographics, biometrics and multifactor authentication, organizing the Air Force and Department of Homeland Security for cyber operations, exploiting cell phones in counterinsurgency operations, and assessing multiple DARPA programs. Prior to joining RAND, he spent 12 years at the National Defense University, three years on the Navy staff as a program sponsor for industrial preparedness, and three years with the U.S. Government Accountability Office. He also has a master's degree in city planning from the University of California, Berkeley (1974).