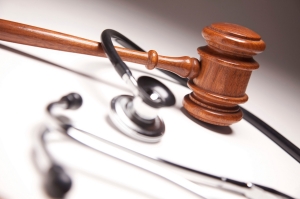 RAND Health joined with Bloomberg Government to host an event that included keynote addresses by former senator Tom Daschle of DLA Piper and Mark McClellan of the Brookings Institution, along with participants Christine Eibner of RAND, Susan Dentzer of Health Affairs, Gail Wilensky of ProjectHOPE, Karen Ignagni of AHIP, John Holahan of the Urban Institute, Jessica Banthin of the Congressional Budget Office, and Peter Gosselin of Bloomberg Government.

Eibner briefed the attendees on the results of her recent study, How Would Eliminating the Individual Mandate Affect Health Coverage and Premium Costs? The report found that eliminating the individual mandate under the Affordable Care Act would not dramatically increase the cost of insurance for individuals and families through the new exchanges. However, the study also found that repeal of the individual mandate would result in 12 million fewer people being insured for about the same level of total government spending. Eibner explained to the audience how RAND's microsimulation model, COMPARE (Comprehensive Assessment of Reform Efforts), was used to determine the effects of health care reform without the individual mandate.

The event was especially timely because the Supreme Court was scheduled to hear oral arguments on the constitutionality of the individual mandate the week following the event. The audience of approximately 75 attendees included representatives from various think tanks and industry, as well as committee and personal office staff from the House of Representatives and the Senate.