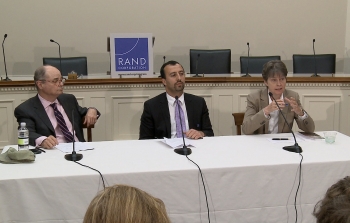 In the next couple of weeks nuclear negotiations with Iran are due to resume. At best, they might produce an agreement on interim steps to limit Iranian enrichment and a temporary hold on some international sanctions. But regardless of whether this current round of talks succeeds or fails, what are the longer-term prospects for Iranian relations with both Israel and the United States?

Join RAND experts for a panel discussion on U.S. policy options and the longer-term prospects for Iranian relations with both Israel and the United States.