Marijuana Legalization: What We Know and What We Don't 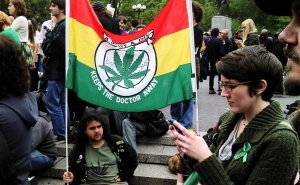 This November, voters in multiple states will be asked to consider propositions concerning decriminalization and legalization of marijuana for commercial production and sale for general—not just medical—purposes. Medical marijuana and decriminalization are familiar concepts, albeit widely misunderstood by the public. Legalization of commercial sale and production, on the other hand, would constitute a revolution, one about which public opinion couldn't be more evenly divided. The latest Gallup poll reports that exactly half of Americans favor legalization, with indications of stronger support in states voting on it this year.

This briefing will examine:

Join RAND experts for a panel discussion on marijuana laws and policies at both the state and federal level.

Caulkins and Kilmer are co-authors of the recently released Marijuana Legalization: What Everyone Needs To Know (Oxford University Press, 2012).