Skin in the Game: How Consumer-Directed Health Plans Can Affect the Cost and Use of Health Care 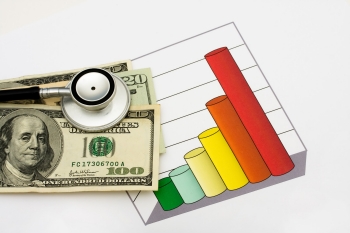 If half of Americans with employer-sponsored insurance enrolled in consumer-directed plans, annual health care costs would fall by an estimated $57 billion, according to a recent RAND study. Is this the answer to growing health care costs in the United States?

Consumer-directed health plans, which include high deductibles and personal health accounts, are a market-based approach that many employers have adopted to address health care spending. Such plans now account for about 17 percent of all employer-sponsored health coverage.

Aggressive expansion of such plans is not without risks, however. Increasing adoption of high-deductible plans also could reduce use of recommended preventive and other high value health care services.

Come hear a briefing about issues of cost and quality in consumer-directed health plans from one of the authors of a recent series of RAND studies on the topic.

The RAND research found that families that switched from a traditional health plan to a consumer-directed health plan spent an average of 21 percent less on health care in the first year after switching than similar families remaining in traditional plans. But how does this affect the quality of health care for these families?

Amelia Haviland, a statistician at the RAND Corporation and Carnegie Mellon University, is a lead author of four recent papers on the effects of consumer-directed health insurance on costs and use. Her research focuses on causal analysis with observational data and analysis of longitudinal and complex survey data applied to policy issues in health and criminology. Examples of her other current health policy work include assessing mechanisms for health disparities among Medicare beneficiaries and exploring connections between patient safety and recent reductions in medical malpractice claims. In criminology, Haviland recently served on a National Research Council panel assessing the literature on deterrence and the death penalty. She received her Ph.D. in statistics and public policy from Carnegie Mellon University.