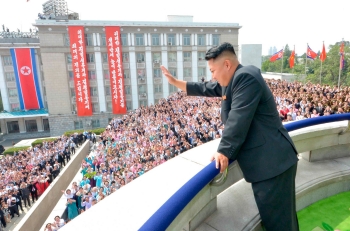 The current North Korean government, led by Kim Jong Un, has shown signs of instability for some time and many experts think that a collapse is likely over the long-term. At some point in the coming years, a collapse could occur suddenly and with little warning, much like what happened in East Germany. But a North Korean collapse could have far more dangerous regional consequences, especially given the inadequate preparations for it. What will become of North Korea's weapons of mass destruction? How can a likely humanitarian disaster be mitigated and a civil war be avoided?

Please join us on October 16th at 2:00 p.m. to hear from RAND's Bruce Bennett, author of a recently released RAND report on the possible consequences of a North Korean government collapse, including civil war in the North, a humanitarian crisis, the potential use and proliferation of the nation's chemical, biological, and nuclear weapons, and even war with China.

Addressing and mitigating such dire circumstances require serious and well thought out preparation and coordination. Recognizing that the Republic of Korea and the United States almost certainly will need to militarily intervene in the North, even if only to deliver humanitarian aid, Bennett will address what role the United States could play.

Bruce W. Bennett is a senior defense analyst at the RAND Corporation who works primarily on research topics such as strategy, force planning, and counterproliferation within the RAND International Security and Defense Policy Center. He is an expert in Northeast Asian military issues, having visited the region some 90 times and written much about Korean security issues, and has also done much work on the Persian/Arab Gulf region. His Northeast Asian research has addressed issues such as future ROK military force requirements, the Korean military balance, counters to North Korean chemical and biological weapon threats in Korea and Japan, dealing with a North Korean collapse, changes in the Northeast Asia security environment, and deterrence of nuclear threats (including strengthening the U.S. nuclear umbrella). His work applies military simulation and analysis, war gaming, risk management, deterrence-based strategy, and competitive strategies. He specializes in “asymmetric threats” such as weapons of mass destruction (WMD) and how to counter those threats with new strategies, operational concepts, and technologies. At RAND, he has worked with the Office of the Secretary of Defense, the U.S. Army and Air Force, the Defense Threat Reduction Agency, U.S. Forces Korea and Japan, the U.S. Pacific Command and Central Command, the ROK and Japanese militaries, and the ROK National Assembly. Bennett received his B.S. in economics from the California Institute of Technology and his Ph.D. in policy analysis from the Pardee RAND Graduate School.