"Self Driving" Vehicles: Great Benefits, but Barriers to Widespread Adoption 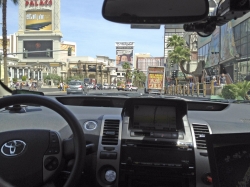 After examining the advantages and disadvantages of autonomous vehicles, RAND researchers determined that the overall societal benefits of this new technology likely outweigh the disadvantages. But many of the benefits won't go to the vehicle purchasers, which may hinder adoption, potentially at a cost of thousands of lives. So is pursuing this new technology worth the cost? And if so, how can policymakers best encourage appropriate use?

James Anderson will present results from the RAND study on:

James Anderson is a senior behavioral scientist at the RAND Corporation and a member of the faculty at the Pardee RAND Graduate School. He is working on projects on the appropriate role for criminal law in regulating business conduct, improving the use of forensic evidence, the effect of regulating medical marijuana, and the policy implications of autonomous vehicle technology. Among other topics, Anderson has published on the effect of zoning on crime, the indeterminacy of the economic analysis of tort law, a retrospective on no-fault automobile insurance, and a project on the liability implications of autonomous vehicles. Before joining RAND, he practiced law for ten years. Anderson received a J.D. from Yale Law School and a B.A. in ethics, politics, and economics from Yale University.