Do Joint Fighter Programs Save Money? 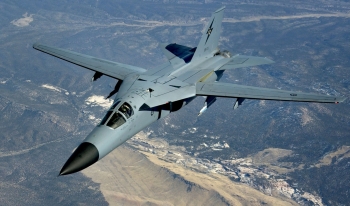 In planning for future fighter aircraft the Department of Defense should avoid a joint acquisition approach. The prevailing thinking has been that building a single fighter plane for use by two or three service branches would be less expensive in the long run. In other words, it is widely believed that savings can be achieved in Life Cycle Cost (LCC) through economies of scale and elimination of duplication of effort in R&D, production, and operations and support. But what does the data show?

Please join us on March 28th for a lunch briefing to hear RAND's Mark Lorell discuss the recently released report, Do Joint Fighter Programs Save Money? Mark will discuss the report which found that historically, the need to accommodate different service requirements into a single design or common design family can lead to increased program complexity and cost growth that may cancel out the theoretical costs savings gained from a joint approach.

Mark Lorell is a senior political scientist at the RAND Corporation. For over 30 years he has been researching and writing on weapon system acquisition policies, defense industrial base issues, international weapon system collaboration, defense trade, and weapons procurement and industrial base policies of allies.