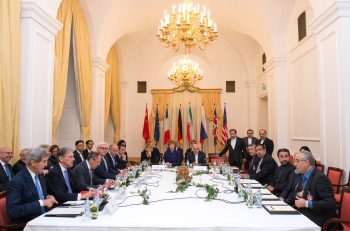 With nuclear negotiations between Iran and the P5+1 now extended beyond the original November 24 deadline, some members of Congress might now attempt to intervene legislatively. Congressional action could either help or hinder the implementation of whatever deal may be reached. What options are available to Congress, and what are the likely consequences of each for the United States?

RAND analyst Larry Hanauer identified and assessed eight potential courses of action that Congress could take that might either facilitate, hinder, or block implementation of a nuclear deal.