The Use of Long-Range Armed Drones: Fact v. Myth 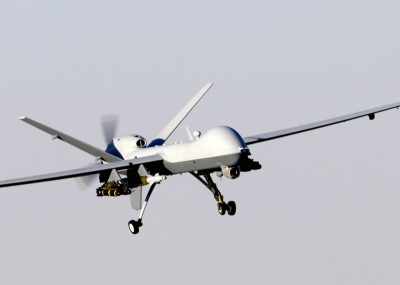 On February 17, the Obama administration announced a new policy setting standards for exporting and using armed drones which will allow for the wider export of armed drones to allied nations.

Join us on March 3rd at 1:00 p.m. when a panel of RAND experts will seek to dispel some of the myths that have arisen with respect to the use of long-range armed drones:

Lynn E. Davis is a senior political scientist at the RAND Corporation. From 2006 to 2014, she served as director of RAND's Washington office and from 1993 to 1997, she served as Under Secretary of State for Arms Control and International Security Affairs.

Michael J. McNerney is an associate director of the International Security and Defense Policy Center and a senior defense research analyst at the RAND Corporation. His research focuses on defense strategy and planning, civil-military coordination, and international relations.