Strategic Rethink: Choices for America in a Turbulent World 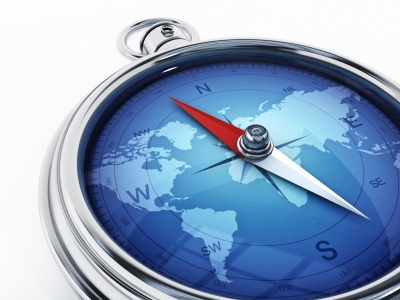 Chaos in the Middle East, Russian intervention in neighboring states, Chinese assertiveness in the South China Sea, climate change, and a decline in U.S. military readiness have rattled nerves and raised fresh questions about how America envisions its role in a turbulent geopolitical environment.

Nevertheless, the world is not falling apart, and these difficulties are not beyond the United States' ability to manage, argues Ambassador James Dobbins, senior fellow and Distinguished Chair in Diplomacy and Security at the RAND Corporation.

Please join Ambassador Dobbins and coauthors for a briefing on their new publication, Choices for America in a Turbulent World. This is the first paper in the "Strategic Rethink" project, in which RAND researchers examine the most consequential choices that are likely to face this president and the next. The project focuses on the Middle East, Europe and Russia, international economics, national defense, climate change, and cybersecurity and offers elements of a national strategy which should inform policy choices.

Along with coauthors Howard Shatz and David Ochmanek, the Ambassador will discuss:

Ambassador James Dobbins is a senior fellow and Distinguished Chair in Diplomacy and Security at the RAND Corporation. He most recently served as director of the RAND International Security and Defense Policy Center. He has held State Department and White House posts, including Assistant Secretary of State for Europe, Special Assistant to the President, Special Adviser to the President and Secretary of State for the Balkans, and Ambassador to the European Community. Dobbins has served on numerous crisis management and diplomatic troubleshooting assignments as special envoy for Afghanistan and Pakistan, Kosovo, Bosnia, Haiti, and Somalia for the administrations of Barack Obama, George W. Bush, and Bill Clinton.

Howard J. Shatz is a senior economist at RAND, specializing in international economics, including economic development, foreign direct investment, and international trade, and economics and national security. From 2007 to 2008, he served as a senior economist at the U.S. President's Council of Economic Advisers, where his policy areas were foreign investment, the economy of Iraq, and U.S. exports.

David Ochmanek is a senior defense analyst at RAND. From 2009 until 2014 he was the Deputy Assistant Secretary of Defense for Force Development. Prior to joining the Office of the Secretary of Defense, he was a senior defense analyst and director of the Strategy and Doctrine Program for Project AIR FORCE at RAND, where he worked from 1985 until 1993, and again from 1995 until 2009.