Getting to Yes with China in Cyberspace: Is it Possible? 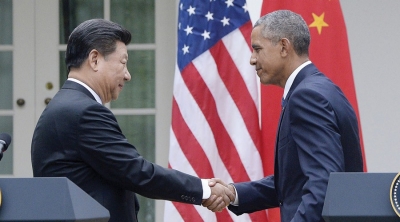 Since the founding of the People's Republic of China in 1949, the U.S.-China relationship has been characterized by conflict, confrontation, and strategic mistrust. The tensions that divide the two countries have been growing in recent years.

Unfortunately, relations in cyberspace are just as strained as relations in the physical world, as the hacks of the Office of Personnel Management, Anthem, and United Airlines have shown. Indeed, of all the areas where the relationship between the two sides is troubled, cyberspace has been one of the most contentious. Is it possible for the United States and China to come to an understanding on norms and rules in cyberspace through formal negotiations? Are there any areas of agreement between the two sides?

Please join us on May 2 as RAND experts Scott W. Harold and Martin Libicki discuss

Scott W. Harold is the associate director of the Center for Asia Pacific Policy, a political scientist at the RAND Corporation, and a member of the Pardee RAND Graduate School faculty. He specializes in Chinese foreign policy, East Asian security, and international affairs. Prior to joining RAND in August 2008, Harold worked at the Brookings Institution's John L. Thornton China Center from 2006 to 2008. In addition to his work at RAND, Harold is an adjunct associate professor of Security Studies at Georgetown University's Edmund A. Walsh School of Foreign Service, where he has taught since 2006.

Martin C. Libicki is a senior management scientist at the RAND Corporation, a professor at the Pardee RAND Graduate School, and a Distinguished Visiting Professor at the U.S. Naval Academy. His most recent research has involved net assessments of Russia and China in cyberspace; modeling cybersecurity decisions, cyberwar strategy, demographic change, and organizing the U.S. Air Force for cyberwar; and using biometrics for identity management. Prior to joining RAND, Libicki spent 12 years at the National Defense University, three years on the Navy staff as program sponsor for industrial preparedness, and three years as a policy analyst for the U.S. General Accounting Office's Energy and Minerals Division.