States vs. the Federal Government: Marijuana Legalization in the United States 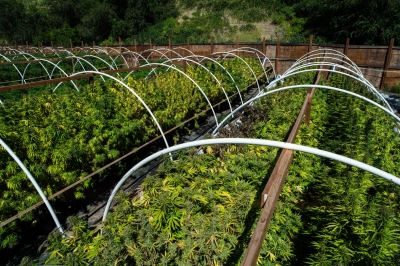 The marijuana policy landscape is changing dramatically. Eight states and Washington, D.C. have legalized recreational marijuana and more than half of states allow medical marijuana. However, marijuana remains illegal under federal law, and Attorney General Jeff Sessions recently launched a task force that will evaluate marijuana enforcement policy. It is unclear whether the new administration will continue the largely hands-off approach of the previous administration or try something else.

In this briefing, Beau Kilmer will provide an overview of recent changes in marijuana policies as well as options for the federal government. Specifically, he will discuss:

Beau Kilmer is a senior policy researcher at the RAND Corporation, where he codirects the RAND Drug Policy Research Center. He is also a professor at the Pardee RAND Graduate School. His research lies at the intersection of public health and public safety, with a special emphasis on crime control, substance use, illicit markets, and public policy.

Some of his current projects include assessing the consequences of alternative marijuana policies; measuring the effect of 24/7 Sobriety programs on drunk driving, domestic violence, and mortality; and evaluating other innovative programs intended to reduce crime.

Kilmer's articles have appeared in leading journals such as American Journal of Public Health, Lancet Psychiatry, New England Journal of Medicine, Proceedings of the National Academy of Sciences, and his commentaries have been published by CNN, Los Angeles Times, New York Times, Newsweek, San Francisco Chronicle, USA Today, Wall Street Journal, and other outlets. His co-authored book on marijuana legalization was published by Oxford University Press and the second edition was released in 2016. He serves as an assistant editor for Addiction and is a trustee of the International Society for the Study of Drug Policy.