What Will It Take to Prevent a Security Decline in Mosul? 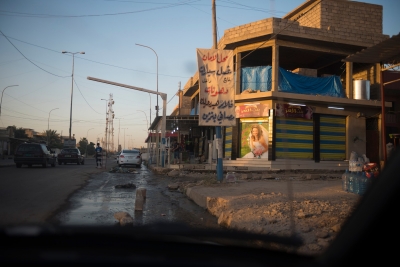 The military campaign against ISIS has pushed the group out of Mosul and recaptured large amounts of territory elsewhere in Iraq and Syria. After ISIS is defeated, what must be done to stabilize Mosul and Iraq and prevent a slide back into violence? What policies could Congress, the State Department, U.S. Agency for International Development, and Defense Department pursue in the wake of combat operations?

In this briefing, Shelly Culbertson and Linda Robinson will discuss

Shelly Culbertson is a senior policy researcher at the RAND Corporation. Her research focus includes international development and the Middle East. She is currently leading a portfolio of studies about refugees and displacement in the Middle East. Prior to RAND, she worked at the U.S. State Department on the Turkey Desk. She is the author of The Fires of Spring: A Post Arab Spring Journey Through the Turbulent New Middle East (St. Martin's Press, 2016).

Linda Robinson is a senior policy researcher at the RAND Corporation. Her current research centers on the U.S. strategy to counter the Islamic State, gray zone conflicts, building partner capacity, and special operations forces. She has testified before the U.S. Congress on U.S. counterterrorism policy. She is on the advisory board of the National Defense University and chair of the Army War College board. Robinson has traveled extensively in the Middle East, South Asia, and Latin America for her work. She is a life member of the Council on Foreign Relations.