Equifax and the Data-Breach Era: How Worried Should We Be? 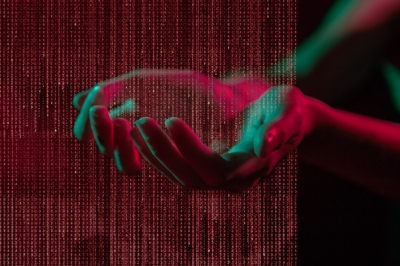 Between breaches at Equifax, Office of Personnel Management (OPM), Target, and dozens of other companies, the crucial identifying information belonging to millions of people, including Social Security numbers and home addresses, has been compromised by attackers. What can Congress and other policymakers do to improve responses to breaches like this, which are sure to happen in the future? What can the public do to protect private information that has already been compromised?

Lilian Ablon is an information scientist at the RAND Corporation and a professor at the Pardee RAND Graduate School. She conducts technical and policy research on topics spanning cyber security, emerging technologies, privacy and security in the digital age, computer network operations, digital exhaust, and the human element. Recent research topics include longevity and collision rates of zero-day software vulnerabilities and their exploits; cyber risks to the supply chain; consumer attitudes towards data breach notifications; black markets for cybercrime tools and stolen data as well as the white, grey, and black markets for zero-day exploits; and privacy concerns with digital identity. Prior to joining RAND, Ablon worked with some of the most cutting edge technologies in cryptography, network exploitation and vulnerability analysis, and mathematics. She won an "uber" black badge at DEFCON21 and holds a B.A. in mathematics from the University of California, Berkeley, and an M.S. in mathematics from Johns Hopkins University.

Sina Beaghley is a senior international/defense policy researcher at the RAND Corporation. She focuses on national security policy issues including counterterrorism, cyber, and surveillance and privacy. Prior to RAND, she served in the federal government for more than a decade where she most recently served as director for Intelligence and Information Security on the National Security Council (NSC). In that capacity, she coordinated the U.S. government review of intelligence capabilities and priorities in response to widespread 2013-2014 unauthorized disclosures, and provided recommendations to the President and National Security Advisor on foreign relations and intelligence posture and policy. Prior to that, Beaghley served as the chief for Near East and Africa planning at the National Counterterrorism Center (NCTC) where she directed the development of national-level counterterrorism plans, including cyber plans. Prior to that she served in the Office of the Secretary of Defense (OSD) where she developed defense policy for special operations, counterterrorism, cyber operations, and defense activities. Beaghley holds an M.A. in international affairs from the George Washington University and a B.A. in political science and media communications from the University of San Diego.