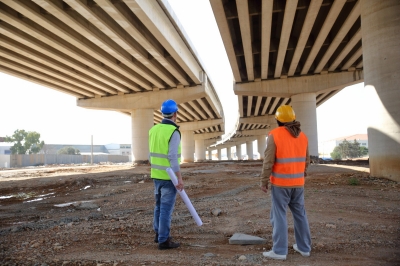 An infrastructure bill is on the agenda for Congress, but what problems would a bill be intended to fix? RAND research found that significant increases in federal spending to repair or build anew may do some good, but spending alone will not fix underlying problems in our approach to funding and financing transportation and water infrastructure—and not everything is broken.

So what can Congress do to better align policy and spending to public priorities? In this briefing, Debra Knopman, principal researcher at the RAND Corporation, will discuss

Debra Knopman is a former professional staff member of the U.S. Senate Environment and Public Works Committee and former Deputy Assistant Secretary for Water and Science in the Department of the Interior. She is currently a principal researcher at the RAND Corporation and a professor at the Pardee RAND Graduate School. She served as vice president and director of RAND Infrastructure, Safety, and Environment, later called Justice, Infrastructure, and Environment from 2004 to 2014.

Knopman's expertise is in hydrology; environmental and natural resources policy; systems analysis and operations research; and public administration. Her project work spans a range of topics including adaptation of urban regions to a changing climate, long-term water management, policy options for disposition of nuclear waste, governance and funding for U.S. Gulf Coast recovery, and the design of a National Research Fund for Qatar.