Overcoming the Threats of Our Strategic Competitors 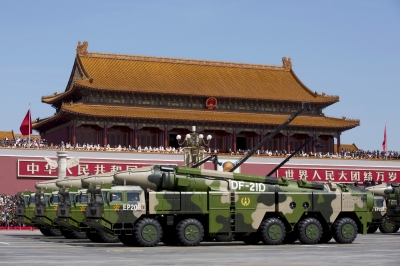 The 2018 National Defense Strategy states that long-term strategic competitions with China and Russia are the primary national security concerns of the United States and will require increased and sustained investments. The United States will also need to counter and deter North Korea and Iran and defeat terrorist threats. Wargaming and analysis point to serious and growing gaps in the ability of U.S. and allied forces to defeat aggression by the most capable of these competitors. What weapon systems and posture enhancements should Congress and the Defense Department consider in order to ensure that the United States will be prepared for responsive and resilient operations in theaters of potential conflict?

Please join us as David Ochmanek discusses findings from his recent report, including:

David Ochmanek is a senior international/defense researcher at the RAND Corporation. From 2009 until 2014 he was the Deputy Assistant Secretary of Defense for Force Development. Prior to joining the Office of the Secretary of Defense, he was a senior defense analyst and director of the Strategy and Doctrine Program for Project AIR FORCE at RAND. From 1993 until 1995, Ochmanek served as Deputy Assistant Secretary of Defense for Strategy. Before joining RAND, he was a member of the U.S. Foreign Service and served as an officer in the United States Air Force. Ochmanek is a graduate of the United States Air Force Academy and Princeton University's Woodrow Wilson School of Public and International Affairs.