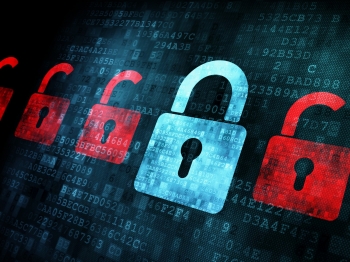 Recent Congressional hearings and testimony have focused on the scope of data shared and harvested by technology companies. But many of the laws that govern data privacy were developed before the widespread adoption of online communications and social media accounts. Should consumers be in charge of self-regulating what they share and how companies use it? What policy opportunities could Congress consider to better protect consumer data?

In this briefing, Rebecca Balebako and John Davis, Information Scientists at the RAND Corporation, will discuss:

Rebecca Balebako is an Information Scientist at the RAND Corporation with expertise in privacy. Previous research includes analysis of international perceptions of privacy, usability of privacy notices, and measuring the scope of behavioral advertising. Her work is at the intersection of computer science and behavioral economics. In addition to her policy analysis work at RAND, she spent over 10 years developing web tools and software at tech startups and universities. She earned her Phd.D. in engineering and public policy at Carnegie Mellow University.

John Davis is a Senior Information Scientist at the RAND Corporation and also serves as co-director of RAND's Center for Scalable Computing and Analysis. Davis's recent project work has covered cyber attribution, assessment of software training practices and analysis of web traffic data. Prior to RAND, Davis worked at IBM Research where he led projects in pervasive computing (Internet of Things). In addition, he has software development experience in both production and startup environments. Davis holds four patents and has published extensively in peer-reviewed International Conference for High Performance Computing, Networking, Storage and Analysis (ACM/IEE) workshops and conferences. He earned a B.S. in electrical engineering at Howard University and a Ph.D. in electrical engineering and computer sciences at UC Berkeley.