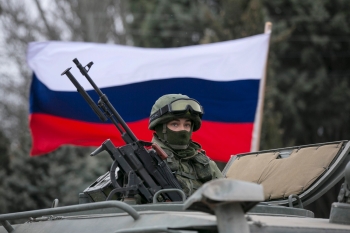 The FY19 National Defense Authorization Act that was recently passed by the House of Representatives states that it is the policy of the United States to sustain a credible deterrent against aggression and long-term strategic competition from Russia. Deterrence can be enhanced by understanding how an adversary would employ its forces. An important question for policymakers is: How would Russia fight in the event of a major conflict against a peer or near-peer adversary?

Please join us as Scott Boston and Dara Massicot discuss findings from their paper, including:

Scott Boston is a defense analyst at the RAND Corporation, where he focuses on U.S. Army modernization and Russian military capabilities. A former Army officer, he previously worked at the Smith Richardson Foundation. He received a master’s degree in International Relations from Yale University and is a graduate of the U.S. Military Academy at West Point.

Dara Massicot is a policy researcher at the RAND Corporation, where she focuses on security issues in Russia and Eurasia. Previously, she served as a senior analyst for Russian military capabilities at the Department of Defense. She received a master’s degree in National Security and Strategic Studies from the U.S. Naval War College.