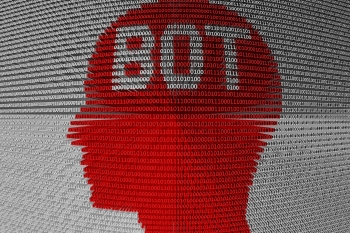 In testimony before Congress, Director of National Intelligence Dan Coats predicted that Russia’s social media campaigns “will continue to focus on aggravating social and racial tensions, undermining trust in authorities, and criticizing perceived anti-Russian politicians” and may seek to influence U.S. policy and elections. The Russian “disinformation chain” starts from the very top—from Russian leadership, to Russian actors and proxies, through channels of amplification such as social media platforms, and finally to U.S. media consumers. So how can policymakers combat this threat in the United States?

RAND researchers categorized and analyzed different approaches and policy options to respond to the specific threat of Russian influence via disinformation spread on social media in the United States. In this briefing, Elizabeth Bodine-Baron will discuss:

Elizabeth Bodine-Baron is an information scientist specializing in complex networks and systems at the RAND Corporation. She is the associate director of the Force Modernization and Employment Program in Project Air Force and co-directs the RAND Center for Applied Network Analysis and System Science. Her research interests include network analysis and modeling for both domestic and national security issues. She has used network analysis of social media data to study countering violent extremism (CVE) messaging, Russian propaganda, ISIS support and opposition networks, CENTCOM information operations, and U.S. Army recruiting efforts. Bodine-Baron received a B.S. in electrical engineering and a B.A. in liberal arts (Plan II Honors) from the University of Texas at Austin in 2006, and a Ph.D. in electrical engineering from California Institute of Technology in 2012.

More About the Speaker