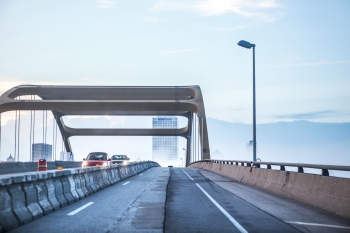 When the federal government spends billions of dollars on transportation, water, and other public infrastructure, the expectation is that these projects are being built to last. But over the coming decades, severe weather events like hurricanes, wildfires, and floods are projected to occur more often, challenging the resilience and structural integrity of these projects, particularly those already well beyond their engineered design life. In 2015, Congress passed the FAST Act, which required transportation planners to consider resilience when planning infrastructure projects. But the law provided little guidance on how to do that, and different communities face different challenges from different types of extreme weather and other natural disasters. Given these challenges, what can Congress do to encourage investments in resilient infrastructure?

The RAND Corporation examined ways to prioritize spending of federal funds on infrastructure and how to incorporate resilience in infrastructure planning. In this briefing, the speakers will discuss:

Debra Knopman is a principal researcher at the RAND Corporation and a professor at the Pardee RAND Graduate School. She served as vice president and director of RAND Infrastructure, Safety, and Environment, later called Justice, Infrastructure, and Environment, from 2004 to 2014. Knopman's expertise is in hydrology, environmental and natural resources policy, systems analysis and operations research, and public administration. Her project work spans a range of topics including adaptation of urban regions to a changing climate, long-term water management, policy options for disposition of nuclear waste, governance and funding for U.S. Gulf Coast recovery, and the design of a National Research Fund for Qatar.

She served for six years (1997–2003) as a member of the Nuclear Waste Technical Review Board and chaired the board's Site Characterization Panel. She was the director of the Progressive Policy Institute's Center for Innovation and the Environment from 1995 to 2000. From 1993 to 1995, Knopman was the Deputy Assistant Secretary for Water and Science, U.S. Department of the Interior. She had previously been a research hydrologist at the U.S. Geological Survey (USGS) and later chief of the Branch of Systems Analysis in the USGS's Water Resources Division. From 1979 to 1983, she served first as legislative assistant for energy and environmental issues to Senator Daniel P. Moynihan and then as professional staff member of the U.S. Senate Committee on Environment and Public Works. Knopman earned her B.A. from Wellesley College, M.S.C.E. from MIT, and Ph.D. in geography and environmental engineering from the Johns Hopkins University.

Sarah Weilant is a senior policy analyst at the RAND Corporation. She has a multidisciplinary background and research focus on vulnerable populations through analysis of health, infrastructure and environment, resilience, education, workforce development and national security issues using qualitative and quantitative research methods. Weilant engages with strategic decisionmakers to conduct workshops and design conceptual analytic frameworks. She has conducted primary data collection in the United States, Southeast Asia, and Africa. Prior to RAND, she worked with the Peace Corps as an agriculture extension agent in Senegal, followed by work with the International Rescue Committee in refugee resettlement. Weilant holds a Master's degree in public policy from American University's School of Public Affairs, and a B.A. in French from Michigan State University.

If you are not able to attend this briefing in person, we'll follow up with a video after the event. Contact Laura Patton if you'd like us to stay in touch.