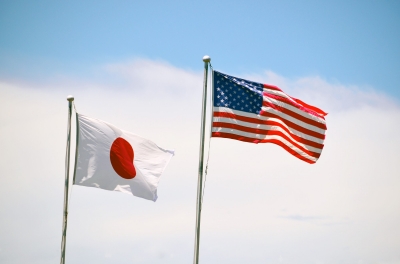 On March 4 and 5, RAND will host a two-day conference to discuss U.S. and Japanese perspectives on a free and open Indo-Pacific and the PLA’s growing capabilities. Keynote speakers will include Avril Haines, former Deputy National Security Advisor from 2015–2017, and Adm. Scott Swift, former Pacific Fleet Commander. Their insights will be supplemented by presentations from experts on these key issues confronting the U.S.-Japan alliance.

Keynote: From the ‘Pivot’ to a ‘Free and Open Indo-Pacific’: An Insider’s View of Continuity and Change in U.S. Asia Policy

Keynote: The U.S.-Japan Alliance and the Challenge of the PLA

Dr. Tanvi Madan
Fellow in the Project on International Order and Strategy in the Foreign Policy Program
The Brookings Institution

Presentation: Indian Perspectives on the Quad and the Free and Open Indo-Pacific Concept in the Wake of the 2017 Doklam Crisis

Presentation: Explaining Australia’s Growing Willingness to Participate in Regional Efforts to Sustain a ‘Free and Open Indo-Pacific’: How Did It Come to Support the Quadrilateral Grouping?

Presentation: The Abe Administration, the U.S. Alliance, and Japan’s Expanding Defense Cooperation with Australia and India

Presentation: The Expanding Scope of PLA Activities and the PLA’s Strategy

Presentation: China’s Military Modernization since 2012: Achieving Preeminence, or Still Merely Aspiring to It?

Presentation: Is the U.S.-Japan Alliance Ahead of the Curve on the PLA’s System of Systems Approach to Warfare?

Register for this Event

Registration for this event has closed. With questions, contact Jayne_Gordon@rand.org.