Climate Cooperation and Sustainability Initiatives in the UAE

A Conversation with Hana AlHashimi 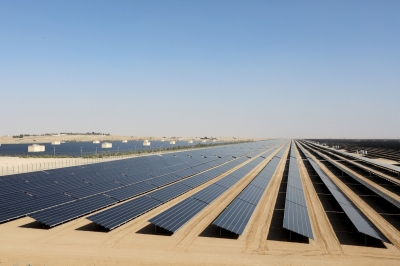 The RAND Center for Middle East Public Policy presents a roundtable discussion with Hana AlHashimi, Head of the Office of the UAE Special Envoy for Climate Change. The panel discussion will open with her remarks on the recent U.S. climate summit, the UAE’s climate priorities and initiatives, and expectations for the COP26 summit.

The United Arab Emirates was the first Middle Eastern nation to sign the Paris Agreement. Site of the International Renewable Energy Agency (IRENA), the UAE has undertaken numerous initiatives to transition to a low-carbon future. The UAE’s solar power plants are among the largest and lowest cost in the world, and the country also operates one of the largest carbon capture systems. The government has pledged to reduce the country’s emissions by 23.5 percent by 2030, compared to business as usual. The UAE is also building solar and wind projects in the United States and the Caribbean. The panel will discuss the UAE’s climate-related initiatives and multilateral collaborative efforts across the fields of energy, environment, and economic development in the months ahead of the United Nations Climate Change Conference in November 2021.

Hana AlHashimi is the recently appointed Head of the Office of the UAE Special Envoy for Climate Change. Previously, she led the International Organizations Section of the United Arab Emirates Prime Minister’s Office, leading partnerships with the United Nations, OECD, African Union, among others. AlHashimi served as a senior adviser to the President of the 73rd Session of the United Nations General Assembly From 2018–2019, as team lead for climate action, sustainable energy, frontier technologies, and information and communications technologies (ICTs); and as the liaison with the Group of 77 and China (a group of 134 countries from the developing south).

From 2015 to 2018, AlHashimi served as Happiness Representative, Sustainable Development and Digital Cooperation Expert at the Permanent Mission of the United Arab Emirates (UAE) to the United Nations in New York. Her prior experience includes project development for sustainable energy accelerators at the United Nations Industrial Development Organization (UNIDO) in Vienna, Austria. AlHashimi holds a Masters of Sciences in International Relations and Diplomacy from Leiden University and the Netherlands Institute for International Relations (Clingendael), and a Bachelors of Commerce in General Management and the Social Context of Business from McGill University in Montreal, Canada.

Benjamin Preston is a senior policy researcher at the RAND Corporation and director of Community Health and Environmental Policy, a program of RAND Social and Economic Well-Being. He is also a professor at Pardee RAND Graduate School. His recent research efforts include understanding the role of knowledge in climate risk management, analysis of disaster recovery options and their implementation in Puerto Rico and the U.S. Virgin Islands, scenario analysis for a low-carbon future, and the implications of COVID-19 for the delivery of infrastructure services. Previously, he held research positions with the Climate Change Science Institute at Oak Ridge National Laboratory, the CSIRO’s Division of Marine and Atmospheric Research, and the Pew Center on Global Climate Change.

Preston has contributed to national and international scientific assessments including the U.S. National Climate Assessment, the Intergovernmental Panel on Climate Change’s Fifth and Sixth Assessment Reports, the U.S. Global Change Research Program’s second State of the Carbon Cycle Report, and the Arctic Monitoring and Assessment Program’s Adaptation Actions for a Changing Arctic. He currently serves as co-editor-in-chief for the Elsevier journal Climate Risk Management.Preston received a B.S. in biology from the College of William & Mary and a Ph.D. in environmental biology from the Georgia Institute of Technology.

Melissa Finucane is a senior social and behavioral scientist at the RAND Corporation. Also a senior fellow at the East-West Center in Honolulu, Hawai'i, her interdisciplinary and policy-oriented research focuses on understanding the human dimensions of environmental health risks. Finucane is codirector of the RAND Climate Resilience Center, which supports innovative policy research and tool development to help decisionmakers at all levels adapt to the impacts of climate change. She is also director of the Consortium for Resilient Gulf Communities, which aims to assess and address community impacts from the Deepwater Horizon oil spill. She received her Ph.D. in psychology from the University of Western Australia and has more than 20 years of experience working with many different communities around the world.

Abbie Tingstad is associate director of the Engineering and Applied Sciences Department and a senior physical scientist at the RAND Corporation. Her research focuses on issues related to strategy and planning in defense and homeland security, and for the environment. Some examples of recent research include: examining different pathways for Arctic development, analyzing software update needs for Electromagnetic Spectrum Operations, and developing methods for foresight activities. Tingstad received her Ph.D. in geography from the University of California, Los Angeles. Prior to that, she was awarded an M.Sc. in environmental geomorphology from the University of Oxford, and a B.S. in mathematics from the Massachusetts Institute of Technology.

No RSVP required. Click the above link at the event time to join the meeting.