A Movement to Ensure Fairness for Farmworkers Food—what we put into our bodies—is a topic of increasing interest in our society. Is it organic? Is it local? Today's consumers know that what we eat affects our health and even the health of the planet. But rarely do we think about the well-being of the people at the bottom of the food supply chain—the farmworkers.

Recently, members of the RAND Policy Circle gathered at Creative Artists Agency (CAA) to watch Food Chains, a new documentary executive produced by Eric Schlosser and Eva Longoria. The film chronicles the efforts of the Coalition of Immokalee Workers (CIW) as they campaign to change how tomato pickers are treated and compensated in Florida. CIW's work paid off. Today, major supermarket and restaurant chains, like Wal-Mart, Whole Foods, Trader Joe's, McDonalds, and others, have signed onto the CIW's Fair Food Program, which ensures “humane treatment and wages.” This signals a big step forward.

After the screening, a panel convened to discuss what has changed for the industry and for tomato pickers in Florida in the two decades during which CIW lobbied for change, as well as what lies ahead. Panel members included Lucas Benitez, cofounder of the Coalition of Immokalee Workers; Jon Esformes, operating partner and co-CEO of Pacific Tomato Growers; and Eric Schlosser, the film's executive producer and author of the best-seller Fast Food Nation. Susan Marquis, dean of the Pardee RAND Graduate School, moderated the panel. During the discussion, Schlosser asked Esformes, who employs thousands of people and has been a pioneer in implementing the Fair Food Program on his farms, “Are you telling me that you're able to hire farmworkers at a fair wage, and treat them fairly, and … you still earn a profit?” Esformes responded, emphatically, “Yeah. It's absolutely doable.”

The Fair Food Program has been heralded as a great success. But there is opportunity yet. As Susan Marquis wrote in a February 2014 piece that ran on orlandosentinel.com, “The program that started in the tomato fields of Florida must be expanded to include other fruits and vegetables grown across the country. For true fairness to take root, growers and other retailers should follow the lead of Wal-Mart in demonstrating commitment to the rights of the men and women who toil in America's fields.” The program needs to be expanded to more retailers, to more produce, to more states, and to imported produce. For now, we look to the example of the CIW to know that it is possible to treat farmworkers with fairness. 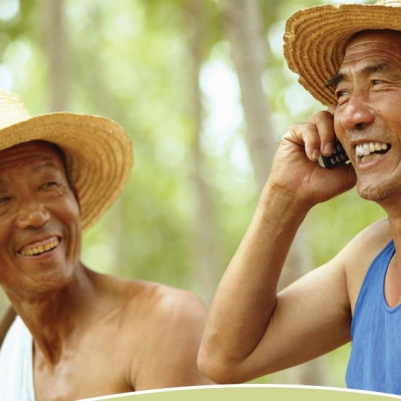 How does RAND help a farmer in rural Asia increase productivity? By bringing together the talents, experience, and resources of graduate fellows, researchers, and donors to produce policy research that supports international economic development. Join us.