Lloyd Morrisett has served RAND as the chairman of its board, as a longtime trustee, and as a reliable donor for more than 30 years.

Morrisett, an experimental psychologist, once dreamed of joining the research ranks at RAND. Instead, he cofounded the most popular children's television program in history with what was at heart a research question: Can television teach?

He consulted social scientists and child-development experts as he developed Sesame Street, including M. Rebecca Kilburn, a senior economist at RAND who specializes in early-childhood investment and interventions.

“I've always believed that social-science research should be used to improve people's lives,” he said.

“Certainly, that was the reason for creating Sesame Street,” he added. “That's also what makes people interested in RAND.”

“If you want an idea to have an impact, you have to find a good way to sell it—to make it more accessible, more appealing.”

During his time on the board, RAND partnered with the nonprofit Sesame Workshop to produce a special version of Sesame Street for children in Afghanistan; he was not directly involved in the project but followed it from the board. The 10-episode program, Koche Sesame, was designed to excite children about education, foster awareness of other cultures, and highlight opportunities for girls and women.

Morrisett also partnered with RAND to apply social-science research to telecommunications policy as president of the Markle Foundation, which seeks to advance information technology.

He has donated to RAND every year since 1986 in an effort to help its research find a greater audience. How that research is communicated, he said, helps determine its impact. He points for one example to a mid-1990s study that showed how email could save the federal government hundreds of millions of dollars. It was important research that made an impact, but never found a wide audience outside of government.

“Even if you do a piece of good work like that, it's extremely hard to continue to tell that information effectively and be persistent at it,” he said. It's the same approach that inspired Sesame Street: “If you want an idea to have an impact, you have to find a good way to sell it—to make it more accessible, more appealing.”

And that, he said, underscores the importance of donor funding. “I'd tell prospective donors that they need to get to know RAND and the variety of things going on,” he said. “It's a nonpartisan organization, doing terrific research—the kinds of research with significant impact. External funding helps it advance that research, and tell that story.” 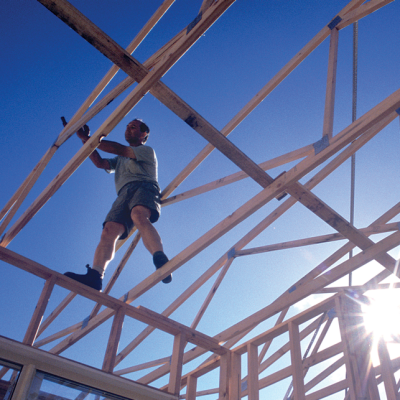 Disasters strike without warning, but RAND helps communities plan for them and recover from the consequences. Join us.