Charles Zwick was a researcher at RAND from 1956 to 1965 and director of the U.S. Office of Management and Budget under President Lyndon B. Johnson. Later, he served as a RAND trustee. His generous $1 million donation to RAND enabled RAND president Michael D. Rich to create the Zwick Impact Fund, which helps researchers extend the impact of their findings.

Charles Zwick's signature achievement might seem superhuman in this era of staggering deficits and government shutdowns: He once balanced the U.S. federal budget.

It was a headline moment in a career that took Zwick from RAND to the White House and underscored the profound impact that careful research and analysis could have. The balanced budget he delivered in 1968, despite the war in Vietnam and political headwinds at home, would be unmatched until the boom years of the late 1990s.

Zwick gave his name and a $1 million gift to a special fund that helps RAND expand and broaden the reach of some of its most promising research. Zwick funds have enabled RAND to develop a national blueprint for dementia care, a guide for policymakers to transportation funding possibilities, and a website to help measure teacher effectiveness.

“RAND was one of the most important endeavors in my life,” Zwick said. “It is gratifying to see how the rigorous methodology and commitment to evidence that we valued when I worked here in the 1960s continue to be applied to the challenging problems we face today.”

“The world is changing fast, and we need to have clear data and thinking to guide us.”

Zwick worked as a researcher at RAND from 1956 to 1965, heading the Logistics Department and studying military and economic-assistance programs in Southeast Asia. He later served on the RAND Board of Trustees.

He left RAND to become the assistant director of what is now the White House Office of Management and Budget under President Lyndon Johnson. He became the director in 1968; the budget he submitted for 1969 was not just balanced, but even included a small surplus. The federal budget would not be back in the black again until 1998.

Zwick joined Southeast Banking Corporation in 1969 as its president and chief executive. He oversaw its expansion until his retirement in 1991.

He has been generous in his philanthropy in retirement, supporting public-policy research at RAND and elsewhere that addresses the challenges facing the nation and world. He explained his philosophy while announcing another gift in 2015 to further such research: “We are looking to see impact,” he said. “The world is changing fast, and we need to have clear data and thinking to guide us.”

“Zwick Impact Funds are supporting our efforts to ensure the well-being of veterans and their families. It is critical that veterans return home to career and business opportunities and that our public policy is shaped in ways that appreciate their skills, experiences, and unique challenges.” 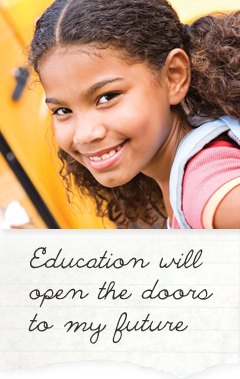 RAND has been shaping the education debate by providing objective analysis on education issues for more than 30 years. Join us.

RAND's 2018 Annual Report—Fact Forward—describes the many ways in which RAND uses rigorous, unbiased, evidence-based research and analysis to help people around the world lead lives that are safer and more secure, healthier and more prosperous. It also recognizes philanthropic gifts and lists donors who supported RAND in 2018.