The Affordable Care Act in Depth 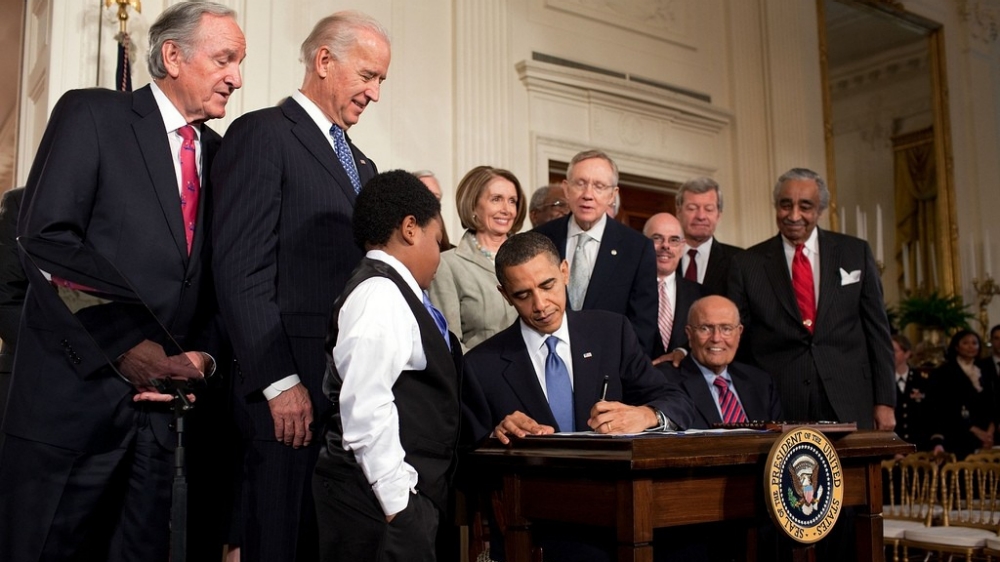 The Patient Protection and Affordable Care Act (ACA)—the sweeping health care reform sometimes known as ”Obamacare“—was enacted in 2010. The law aims to extend health coverage to uninsured Americans, estimated at the time the bill was passed to number around 47 million.

To accomplish this, the law expanded insurance coverage in three ways:

The ACA also mandated new approaches to reducing costs and improving quality, many focused on Medicare and Medicaid populations. These included reducing payments to hospitals for some Medicare services and promoting experimentation with new payment and delivery models.

Implementation of the ACA has been marked by controversy and unexpected twists and turns, including court challenges and delays in key provisions. To understand the impact of these developments and to monitor the effects of the ACA, RAND used COMPARE , a microsimulation modeling tool that allows us to estimate the likely effects of policy changes in key areas of health reform on key outcomes, including health coverage, employer-based insurance, consumer costs, and government spending.

In addition to COMPARE , we developed an innovative survey tool, the Health Reform Opinion Survey, to monitor enrollment trends following the opening of the new marketplaces and to track shifts in public opinions and knowledge about the ACA. What makes this tool unique is its ability to follow the same nationally representative sample of individuals from month to month to identify changes in their health care coverage as well as shifts in opinion and knowledge about the ACA.

Below we highlight what we have learned from our studies of the ACA to date as implementation continues to unfold.

Despite its goal of universal health coverage, the ACA leaves substantial numbers of Americans without access to insurance.

The ACA Is Reducing the Number of Uninsured 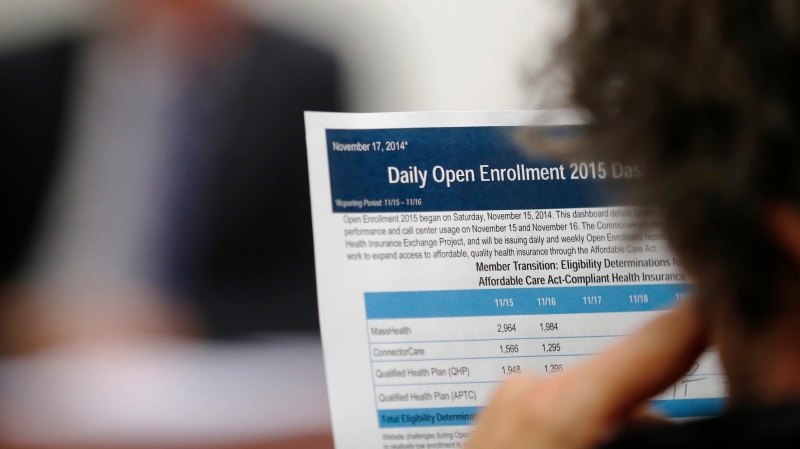 More than three years after the law's enactment, enrollment in the online Marketplaces began in October 2013. Notwithstanding widely reported problems with the rollout of the Marketplace websites, sizable numbers of previously uninsured people were able to obtain coverage over the first and second enrollment periods.

The study also estimated that 125.2 million Americans—about 80 percent of the nonelderly population that had insurance in September 2013—experienced no change in the source of insurance during the period.

The Individual Mandate Is Effective as an Incentive to Enroll

One of the reasons why people are signing up is the individual mandate. One of the law’s most controversial provisions, this mandate requires that most adults must have coverage or pay a fine. Early in the policy debate over competing legislative designs for reforming the health care system, analysis using RAND’s COMPARE model showed that the individual mandate would be a powerful policy lever in encouraging the uninsured to get coverage.

One of the law’s most controversial provisions, this mandate requires that most adults must have coverage or pay a fine.

During the early enrollment period, debate erupted over the enrollment of young adults in the individual exchanges. Some news stories and commentators maintained that unless roughly 40 percent of enrollees in the individual exchanges were young adults – between ages 18 and 34 – then the costs associated with older, less healthy adults would lead to higher premiums and ultimately destabilize these markets. At the end of the first open enrollment period in March 2014, enrollment figures from the U.S. Department of Health and Human Services showed that 28 percent of enrollees were between the ages of 18-34, while 48 percent were 45 or older.

RAND analysis found that the share of “young invincible” enrollment has only a modest effect on market premiums and stability: A 1 percentage point reduction in the share of young adults translated into a premium increase of less than half of 1 percent. The modest effect is driven partly by the ACA’s tax credits, which create an incentive for some young adults who are eligible for subsidies to remain in the individual market even if other young adults—including a mix of those eligible for subsidies and those not—drop out. In addition, the spending data used as input to COMPARE suggest that, for most enrollees of all ages, premium payments exceed health care spending.

To encourage enrollment in the new individual insurance exchanges, the ACA offers tax credits to help lower-income individuals and families buy coverage. These tax credits have faced multiple court challenges. In late 2014, the U.S. Supreme Court agreed to hear King v Burwell, a case that challenges the legality of government subsidies that help low- and moderate-income people buy health insurance in marketplaces operated by the federal government. The legal challenge to these subsidies rests on the grounds that the wording of the law allows such aid only to people who buy policies through state-run marketplaces. RAND researchers used COMPARE to model the likely effects of ending subsidies in the 34 states where the federal government operates individual insurance marketplaces. They estimated that eliminating subsidies for low- and moderate-income people who purchase ACA-compliant plans would reduce enrollment in those 34 states from 13.7 million to 4.1 million—a drop of 9.6 million, or 70 percent. Of these, 8 million would be left uninsured. The analysis also suggested that unsubsidized individual market premiums in states with federally run marketplaces would rise substantially: Annual premium costs for a 40-year-old nonsmoker purchasing a silver plan would rise from $3,450 to $5,060—a price hike of $1,610, or 47 percent.

This analysis was widely cited in the debate in the run-up to the case in amicus briefs submitted to the Court before it heard oral arguments in March, 2015.

Medicaid Expansion Is a Good Deal for States

Another unanticipated swerve along the path to implementation took place in 2012, when the Supreme Court ruled that the federal government could not require states to expand Medicaid. The ruling thus left expansion up to the states. In the wake of this decision, roughly half of the states have expanded Medicaid and half have not.

RAND analysis found that Medicaid expansion is a boon for states: it boosts state economies and benefits the poorest residents by expanding their access to coverage and care and reducing their health spending and exposure to catastrophic medical costs.

As of late 2014, momentum seemed to be swinging toward expansion. Additional states had either come around to expanding Medicaid (Pennsylvania) or were reconsidering their earlier decision not to expand (Wyoming).

Critics of the ACA made dire predictions that the law’s employer mandate would cause firms to drop coverage for large numbers of workers. This mandate, aimed at larger firms (those with 50 or more employees), requires that firms offer coverage to employees who work at least 30 hours per week. Firms that fail to do this mandate are assessed a penalty of $2,000 per employee, not counting the first 30 employees.

These firms, it was argued, would “do the math” and opt to pay the fine rather than offer insurance. RAND analysis estimated that the effect would be the opposite: that the number of workers receiving employer offers of coverage would actually increase. Early enrollment numbers from 2014 confirmed that most of the newly insured in the U.S.—8.2 million out of a total of 14.5 million newly insured—gained coverage through their employers.

During the initial rollout in 2013, political pressure and angst in the business community led the Obama administration to delay enforcement of the employer mandate for a year and then extend the delay for some firms an additional year, until 2016. These delays were cited by critics as signs of the mandate’s ultimate unworkability, suggesting to some that the employer mandate should be scrapped altogether. RAND analysis of the delay’s impact estimated that the delay would have a relatively modest short-term effect on coverage and premiums, mainly because only a small fraction of U.S. employers—less than 1%—were affected by the delay. However, permanently repealing the employer mandate would have a substantial impact on federal spending, resulting in an estimated loss of approximately $149 billion in federal revenue between 2014 and 2024.

The “Keep Your Plan” Fix Had Modest Effects

Yet another controversy—this one self-inflicted by the Obama Administration—emerged when millions of Americans began receiving notices that their pre-ACA health policies had been canceled. This contradicted the promise made earlier by President Obama that Americans would be able to keep their existing health care plans. The Obama administration’s response — the “keep your plan” fix — gave consumers the option of extending their current plan through 2015 even if it was not compliant with ACA regulations. RAND analysis found that the fix reduced the number of uninsured by approximately half a million and also resulted in only modest declines in the numbers of individuals enrolled in the individual markets compliant policies market, though would not produce a “death spiral.”

There Are Winners and Losers Under the ACA

8.2 million out of a total of 14.5 million newly insured gained coverage through their employers. 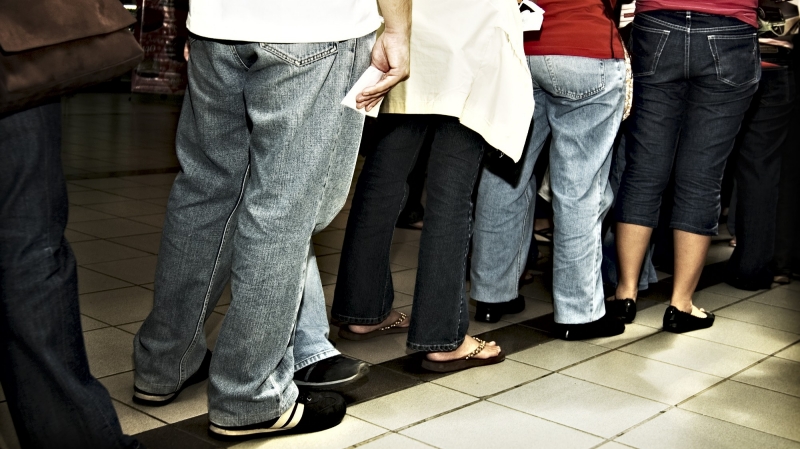 Despite its goal of universal health coverage, the ACA leaves substantial numbers of Americans without access to insurance. RAND estimates found that, of the 52 million who would have been uninsured without the ACA, approximately 33 million will become eligible for coverage through Medicaid or the individual marketplace after the major provisions of the ACA take full effect. Some of these individuals will choose not to enroll in coverage. However, an estimated 19 million uninsured Americans will remain ineligible for Medicaid or subsidies, and hence are “left behind” by the ACA.

These people typically fall into one of four groups:

An estimated 19 million uninsured Americans will remain ineligible for Medicare or subsidies, and are 'left behind' by the ACA.

Early in the enrollment period, it became clear that confusion about the law and gaps in Americans’ health literacy raised questions about American’s readiness to sign up for insurance. A RAND survey found that in a nationally representative sample, roughly half of respondents lacked sufficient understanding of insurance or the law to navigate the exchanges. This was particularly true among the poor, who are the most likely to be uninsured and to benefit from coverage options under the ACA. Focus groups conducted in Colorado identified a series of barriers among those who were eligible to sign up but who had chosen not to enroll in the new individual marketplace. These include a lack of information about health insurance and low health literacy, in addition to issues with the cost of coverage.

Those who did acquire coverage faced challenges translating their new benefits into access to health care. To help the millions of newly insured get care, a RAND team worked with researchers from the MITRE Corporation to help the Centers for Medicare and Medicaid (CMS) develop tools to help the newly insured understand their benefits and connect to primary care. The core tool is a “Coverage to Care” roadmap that provides step-by-step, easy to understand instructions for choosing a doctor and provides information for community organizations and providers looking to support the newly insured as they connect to care.

The ACA Does More Than Expand Insurance Coverage

It takes a number of steps to reduce costs and improve health care delivery, including:

As implementation of the ACA proceeds, RAND Health Care continues to monitor the evolving policy environment and to track the law’s effects on costs and coverage at the national and state levels.