Quality of Care: in Depth 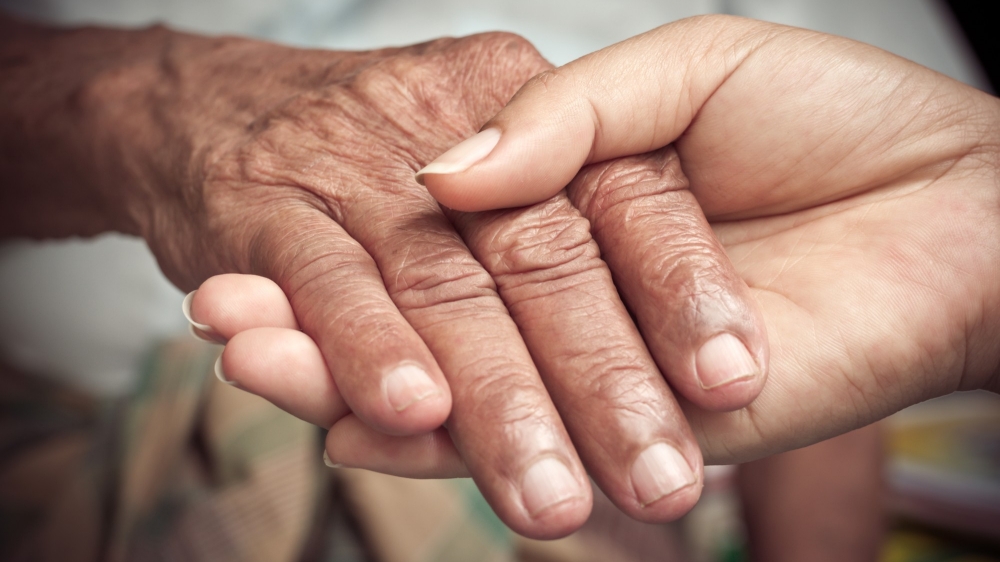 The United States spends about double the amount on health care, in terms of share of the economy, as other countries in the Organisation for Economic Co-operation and Development. But widespread variation in the quality of care heightens concerns about the value of care that patients are receiving.

Improving the quality of care is an ongoing challenge. In work spanning more than four decades, RAND researchers have confronted this challenge by helping to establish the scientific basis for defining and measuring quality, including patient experiences of care; improving care; and assessing the value of care provided. 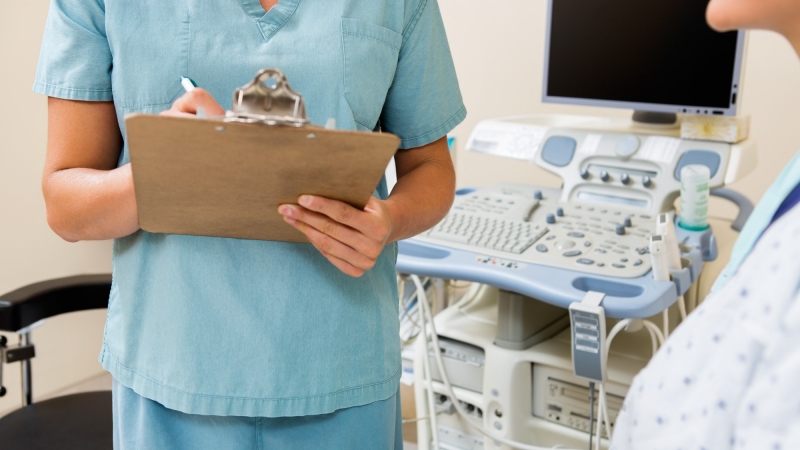 RAND has always been a leader in developing the field of quality measurement. We pioneered development of measures to determine health status, and to assess the quality, appropriateness, efficiency, and overall value of care. The ability to measure health status is arguably the most important scientific development in the last 50 years of health services research. We now have reliable measures of health status across its multiple dimensions (social, mental, physical and physiological).

In a series of studies stretching from the mid-1980s to the late 1990s, RAND Health Care researchers examined the appropriateness of various medical and surgical procedures for specific types of patients and conditions. Appropriate care is care in which the potential health benefits from a medical service exceed its health risks as assessed by the health care provider and the patient. It is critical to explicitly measure the appropriateness of care: Even "great care" given to the wrong patients (or at the wrong time) can cause more harm than good.

The collective results of those studies were astonishing: A substantial part (perhaps one-third) of care given to populations around the world is equivocal or inappropriate—independent of whether care was provided in a single-payer or a fee-for-service system, whether patients had high copayments or none, or whether physicians, hospitals, or patients were subject to whatever other health policies come to mind.

Tools to Identify Gaps in Care

Even "great care" given to the wrong patients (or at the wrong time) can cause more harm than good.

RAND's Quality of Care Assessment (QA) tools are a comprehensive, clinically-based system for assessing quality of care. RAND used these tools to study quality of care across multiple settings and populations. One widely cited study used the QA tools to assess the quality of care delivered to U.S. adults. The study assessed the extent to which recommended care was provided to a representative sample of the U.S. population for a broad range of conditions in 12 metropolitan areas.

The study found that U.S. adults receive recommended care about half the time. The risk of receiving poor-quality health care does not vary significantly by location, provider, race, gender, or financial status.

This study also demonstrated that the concept of a good doctor or a good hospital that does everything well is basically a myth. Hospitals that excel at treating heart failure are not necessarily good at treating patients with heart attacks. Doctors who manage diabetics so that their blood glucose level is controlled might not be successful in controlling the patients' hypertension or cholesterol.

QDART is another toolset developed by RAND that uses analytic methods to find gaps in quality of care and health outcomes. These tools can be especially helpful in efforts to address disparities in health care in underserved communities. Other methods have also recently emerged to help estimate disparities in care when the data are lacking.

At the core of efforts to improve care is the ability to measure provider performance and feed that information back to providers to support quality improvement. RAND Health Care's work has focused on improving care for many population subgroups, including the elderly, veterans, and people with depression, focusing on a variety of domains, including patient safety and patient-centered care. 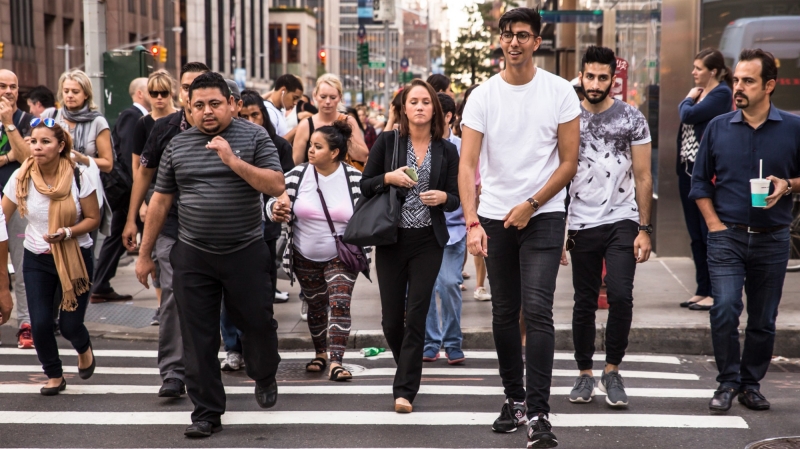 RAND specifically developed quality measures for the vulnerable elderly—those most likely to die in the next two years. The Assessing Care of Vulnerable Elders (ACOVE) indicators allow for comprehensive examination of the quality of medical care provided to vulnerable older Americans. These indicators continue to be used to identify areas for improvement in the treatment of elders on a number of fronts, including dementia, end-of-life care, urinary incontinence, and falls. A RAND team recently conducted a literature review that surveys tools to measure quality of care at the end of life, and developed a new survey to assess quality of hospice care that is now in use by over 3,000 hospices nationwide.

In a series of reports on the VA Choice Act, RAND assessed the demographics and health care needs of veterans, VA's resources and capabilities to provide timely and accessible care, and its means of purchasing care in the private sector. RAND observed considerable variability in access to care, but quality of care is generally as good or better in VA than private sector care.

Depression is the second-leading cause of disability worldwide. Studies have found low rates of detection and appropriate treatment in primary care, where most patients with depression go if they seek treatment. People who are depressed are much less likely to adhere to medication for their chronic health problems than patients who are not depressed.

As is the case for physical health care, the quality of behavioral health care varies by racial/ethnic group. For example, a recent study documented inequality of schizophrenia care among Medicaid beneficiaries in four states. However, although race/ethnicity were important factors, they explain only a small portion of the variation in quality within the states. Disparities in quality varied both within and across states, a pattern consistent for care of other conditions.

In a study of both youth and adults receiving depression treatment under Medicaid, researchers found that a substantial number of youth and of adults were not receiving minimally adequate care for acute depression. And in both cases, racial minorities and individuals were less likely to receive adequate care, as were those who began the treatment episode as an inpatient.

Researchers found similar variations in care in a study of more than 300,000 commercially insured children ages 0 to 17 years, who were receiving ADHD medication.

Medication-only treatment meets clinical guidelines for school-aged children, but it may not represent optimal treatment for some youth. Combining medication with behavioral therapy may produce better outcomes than either treatment by itself.

But in this group of children, only one-quarter were receiving therapy in addition to medication. And the percentage of children who were getting the drug plus therapy combination varied widely across the more than 1,500 counties in the study. For example, the proportion of children receiving therapy in addition to medication was about 48% in Sacramento, compared with Miami-Dade, where only 20% of children received the combination even though both counties have a comparable supply of psychologists.

RAND has supported CMS's recent, pioneering efforts to report quality metrics for Medicare Advantage by gender and by racial/ethnic subgroups. A broad range of measures have been addressed, including those for depression medication management.

Addressing patient safety—by reducing medical errors—can prevent needless complications, injuries, and deaths. In 2009, RAND researchers assessed the extent to which patient safety practices have been adopted by U.S. providers and found that the growth of these practices contributes to better outcomes. Another RAND team played a central role in evaluating a nationwide initiative to reduce health care acquired infections and found significant progress. Enhancing patient safety by curbing some common practices can also be important; researchers recently looked at the link between anesthesia and complications after colonoscopy procedures. And with recent concerns about physician retention, researchers are looking to better understand measures of physician satisfaction and how it affects patient safety.

Research is providing increasingly strong evidence about effectiveness of various patient safety practices. A project team from the RAND Corporation; Stanford University; the University of California, San Francisco; Johns Hopkins University; and ECRI Institute; and an international panel of 21 stakeholders and evaluation methods experts conducted a comprehensive evidence-based assessment of patient safety strategies. Based on the strength and quality of the available evidence, the team identified 22 patient safety practices that should be "encouraged" for adoption because evidence for their effectiveness was strong. The expert panel recommended that the top 10 of these practices should be "strongly encouraged" for adoption now.

Implementing these safety practices would also save money.

A core dimension of health care quality is the degree to which care is respectful of and responsive to individual patient preferences, needs, and values. Results from surveys of patients' experiences when seeking and receiving care can help other patients and families make informed choices when selecting a health plan, hospital, or other health care provider. In addition, there is evidence that positive care experiences can be associated with patients' adherence to their providers' recommendations and better clinical outcomes. 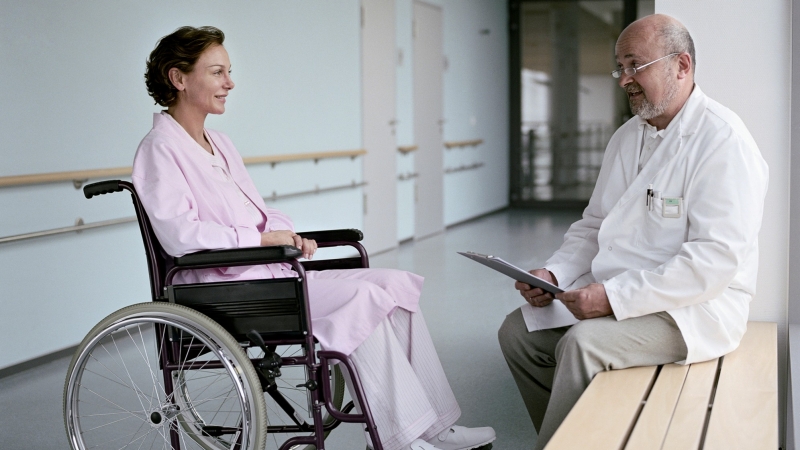 RAND researchers helped develop surveys that collect information from patients and families about their experiences with health care, and created tools to report this information to health care providers and the public Known as CAHPS® (Consumer Assessment of Healthcare Providers and Systems) and funded by the Agency for Healthcare Research and Quality and Centers for Medicare & Medicaid Services, CAHPS® is a family of surveys that captures the reported experiences of patients in large private health insurance plans as well as experiences of patients with many different types of health insurance coverage, including hospitals, emergency departments, and hospices; and the effects of provider resources, such as nurse staffing levels on patient experiences. Recently, CAHPS® expanded to include child-oriented measures.

Numerous private health plans and other organizations use the CAHPS® tools to support quality improvement, and patient experience measures derived from CAHPS® surveys are increasingly being included in public reporting and pay-for-performance programs.

CAHPS® reporting appears to motivate quality improvement. For example, researchers examined whether hospitals participating in public reporting (HCAHPS) were improving their performance and whether improvement differed by type of hospital. They found a sustained trend in higher HCAHPS scores; they also noted that combining public reporting with financial incentives has a larger positive effect on quality than public reporting alone.

Starting in 2012, the Centers for Medicare and Medicaid Services (CMS) began rating hospitals on their performance on clinical quality and patient experience measures and tying incentive payments to performance. CMS has set measurable goals and a timeline to move the Medicare program, and the health care system at large, toward paying providers based on the quality, rather than the quantity of care.

Another way to approach improving quality measures would be to reframe the concept of what to measure. Instead of collecting quality data on discrete patient-provider encounters, an episode-based approach to quality measurement could provide a more complete assessment of care. This approach would require advancements in methods and tools used in measurement, but the substantial investments could pay handsome dividends in years to come.

Although the field of quality measurement has blossomed over the past 20 years, current measures often fail to capture patient perspectives or outcomes explicitly. Flawed measures can have unintended consequences, and what isn't measured can't be monitored. Comprehensive sets of quality measures, including those developed by RAND such as the RAND Quality Assessment Tools and CAHPS® (Consumer Assessment of Healthcare Providers and Systems) have been called 'transformative.".

Another way to approach improving quality measures would be to reframe the concept of what to measure.

Pursuing the goal of continuous quality improvement encourages health team members to access their performance on an ongoing basis, continually asking how it can be improved. But the measurement system must also continuously improve. As experts argue in a recent editorial published in the Journal of General Internal Medicine:

"Moving to the next phase of quality measurement will require smarter measure construction that takes into account patient preferences and tradeoffs, better data that cuts across providers and settings and that has richer information on outcomes and patient factors affecting outcomes, and better summarization of the results of measurement in real time for use by providers to support quality improvement."