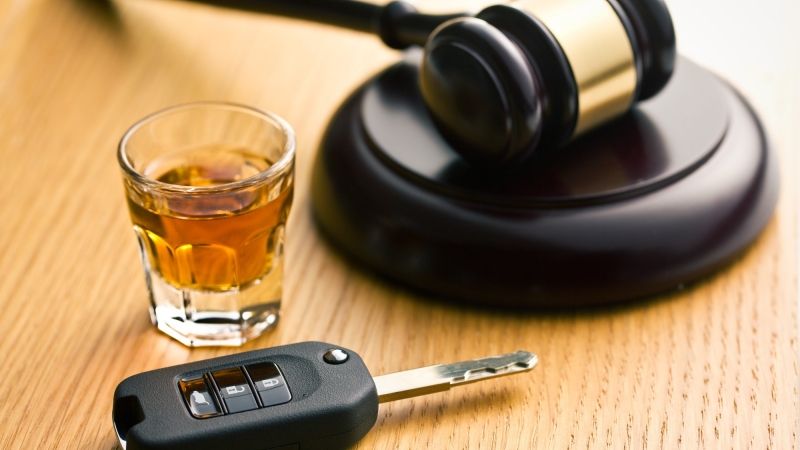 "24/7 Sobriety was associated with a reduction in repeat DUI and domestic violence arrests at the county level."

South Dakota's innovative 24/7 Sobriety Program requires those arrested for or convicted of alcohol-involved offenses to take twice-a-day breathalyzer tests or wear a continuous alcohol monitoring bracelet. Those who test positive or skip their tests are immediately subject to swift, certain but modest sanctions—typically a day or two in jail. After a five-county pilot project, “24/7” quickly grew to cover additional jurisdictions and offenses (e.g., assault).

RAND researchers published the first peer-reviewed evaluation of whether 24/7 improved public health in South Dakota. Links to that article and RAND’s other studies of 24/7 Sobriety are listed below.

The Department of Justice's CrimeSolutions.gov uses rigorous research to determine what works in criminal justice. Based on RAND research showing that 24/7 Sobriety reduced arrests for repeat drunk driving and domestic violence in South Dakota, the Department of Justice designated 24/7 Sobriety as a "promising" program. For more information visit the 24/7 Program Profile on crimesolutions.gov.

RAND research on 24/7 Sobriety received an Honorable Mention for the 2015 Behavioural Exchange Award for Outstanding Research. The award is given "to the author or authors of an outstanding piece of research in the behavioural sciences in an applied setting. The award will be given to the submission demonstrating the finest combination of originality, rigour, demonstrated or potential practical application, and potential for lasting impact."

The 2015 Award was given to Anandi Mani, Sendhil Mullainathan, Eldar Shafir, and Jiaying Zhao for their work on poverty and cognition. Watch the 2015 awards ceremony at the International Behavioural Insights Conference.

In April 2016, Beau Kilmer received a Public Service Award from National Highway Traffic Safety Administration (NHTSA). Each year, NHTSA recognizes safety leaders from around the country for making outstanding contributions to improving highway safety. Kilmer was recognized by NHSTA Director Mark Rosekind for his "leadership and innovation in the areas of alcohol and drug-impaired driving program and policy research." For more information about the award and other awardees, see the NHTSA news release.

A selection of news reporting on 24/7 Sobriety program.

Why 24/7? Have traditional sanctions for problem drinkers come up short?

Courts often require individuals arrested for alcohol-related offenses to refrain from drinking or frequenting bars. However, abstinence is difficult to enforce because alcohol passes through the body quickly. In traditional community corrections settings (e.g., probation and parole), sanctions often occur only after major violations or after a series of minor violations and may not be imposed until weeks or months after the offense. This too is problematic since evidence from neurobiology, psychology, and economics suggests that punishment certainty is a stronger deterrent to criminal activity than punishment severity.