Although teenage birth rates have been declining in the United States, they are still significantly higher than in many other countries, especially in the South. For teenage mothers, the consequences are often higher dropout rates, lower incomes, and worse health outcomes. The consequences for society are an estimated $9.4 billion per year in increased public assistance, public health, foster care, and criminal justice costs.

While many community-based organizations work to prevent teenage pregnancy and improve sexual health, they don’t always adhere to best practices for implementation and evaluation that would make their efforts more effective.

RAND's Getting To Outcomes team conducted an experiment in 32 Boys and Girls Clubs in Alabama and Georgia to see if incorporating GTO into the evidence-based, teen pregnancy program Making Proud Choices (MPC) could make the program’s implementation more effective and result in better sexual health outcomes.

In this two-year randomized controlled trial, half of the clubs launched MPC with support from GTO, and the other half implemented MPC without GTO support. The researchers then compared the two groups on several measures, like how well clubs completed key programming tasks (i.e., program performance) and fidelity to how MPC is meant to be implemented. They also compared teen outcomes, such as knowledge of condoms and attitudes toward condom use. 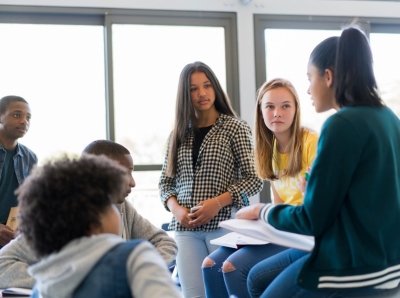 By year two of the experiment, the Boys and Girls Clubs that used GTO had higher ratings on measures of program performance, fidelity, and quality of classroom delivery than clubs that didn’t have GTO support. As a result, those clubs also saw significant improvements in participants’ knowledge of HIV and condoms, attitudes toward condoms, and intentions to use them.

Improving the workplace at Air Force installations across the globe

The Department of the Air Force has dozens of military installations across three continents, and each one has different challenges. Every year, these individual installations are supposed to identify the biggest issue for their airmen, develop a Community Action Plan (CAP) to solve it, and implement a proven prevention program that addresses the challenge. The process is no easy task even for professionals who execute prevention programs for a living.

In the largest implementation of GTO so far, RAND's team created handbooks, worksheets, webinars, and more—specifically to help Air Force installations develop high-quality CAPs. The materials give step-by-step instructions to help the CAP teams decide which problem to solve, how to select proven prevention programs and implement them well, and how to evaluate whether the programs are achieving their goals.

CAPs focused on a range of issues, like personal/family relationships and work-life balance; communications and leadership skills; increasing awareness of available services and resources; and promoting personal resilience and health and fitness. 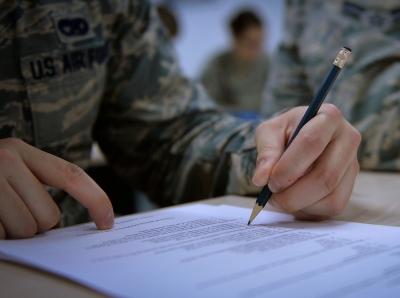 Using GTO, Air Force leaders have seen significant improvements in the quality of CAPs, according to a systematic review of them by RAND, and the capacities of the workforce. GTO training gave airmen skills and abilities that are transferrable to other parts of their careers—like identifying problems through the use of empirical data, goal-setting, coordination and communication, and evaluation planning.