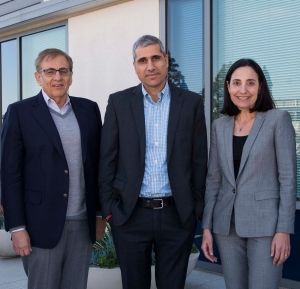 Inaugural Israel Fellow, Amir Levi, former director of the Budgets Department in Israel’s Ministry of Finance, joined RAND as the inaugural Israel Fellow in 2018. In his Fellowship, Amir collaborates with an interdisciplinary team of researchers to develop a strategy to minimize socioeconomic gaps between Israel’s Jewish majority and non-Jewish minority populations. This project builds on Amir’s flagship initiative in the government—planning and executing Resolution 922, an unprecedented five-year, multibillion-dollar plan intended to support economic development of minority groups in Israel. Amir’s RAND project focuses on improving Arab municipalities. The analysis and policy recommendations of his work will lead to concrete policy changes that benefit all of Israel’s underserved populations. 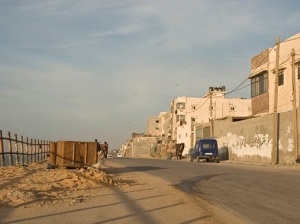 The Gaza Strip is in the midst of a water and sanitation crisis. More than 108,000 cubic meters of untreated sewage, equivalent to 43 Olympic-size swimming pools, flow daily from Gaza into the Mediterranean Sea, creating extreme health risks for Gaza, Egypt, and Israel. Building on years of RAND studies related to the Israeli-Palestinian issue, we describe the water-energy nexus in Gaza, examine its implications for public health, and recommend steps to avert a regional public health disaster. A report is forthcoming and interim findings were presented to Israeli, Palestinian, American, and European officials, as well as international organizations. We published a short version of the final report as part of an Institute for National Security Studies (INSS) study on Gaza and two related op-eds (one on the opening of the U.S. embassy in Jerusalem and the other on the U.S. decision to withhold UNRWA funding). RAND was also featured in an Israel Policy Forum (IPF) podcast about the humanitarian crisis in Gaza. 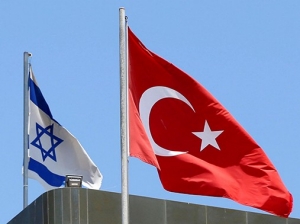 This report examines the current and future direction of economic, diplomatic, and security ties between Israel and Turkey. While the Israeli and Turkish business communities would like to resume former levels of engagement, and there is formal interest in cooperation over natural gas, relations in the diplomatic and security spheres are tense and are likely to remain so for the foreseeable future. This is largely because of mutual government distrust, especially over differences on the future of Syria and the Israeli-Palestinian conflict. Any change, for better or worse, in Israeli-Palestinian relations, will have implications for the Israeli-Turkish relationship, as demonstrated by the May 2018 diplomatic rift over the violent clashes in Gaza and the opening of the U.S. embassy in Jerusalem.