Labor Markets and Growth in Bangladesh 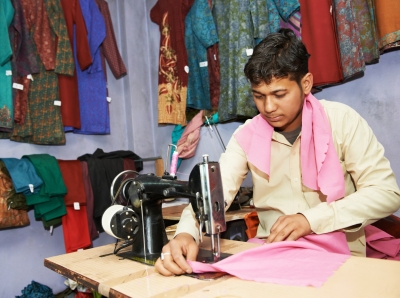 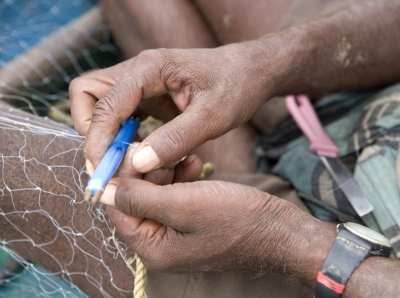 RAND researchers collaborated with colleagues at the BRAC Institute of Governance and Development (BIGD) at BRAC University in Dhaka to study the relationship between labor markets in the formal and informal sectors in Bangladesh, and the role of the informal sector in stimulating economic growth. The informal sector includes a wide range of workers including casual workers without formal contracts or benefits, day laborers, domestic workers, self-employed workers whose businesses are not officially registered, and unpaid workers in small businesses.

Although the informal sector accounts for a majority of employment in many developing countries, the contribution of this sub-sector to the larger economy is not well understood.

Better understanding the informal sector is critical to accelerating growth and aiding the transition from informal to formal employment.

The traditional view holds that labor markets are segmented; the informal sector provides subsistence income, or a pool of surplus labor for the formal sector, and will likely disappear as the economy develops. An alternative view posits that informality should be viewed as small businesses are in developed countries, and that individuals may see growth opportunities for themselves in the informal sector. These views need not be mutually exclusive; multiple relationships between formal and informal firms and workers may co-exist.

Better understanding the informal sector is critical to achieving one of the goals articulated by the Bangladesh Planning Commission's 6th Five Year Plan (2011-2015): that of accelerating growth, with an emphasis on aiding the transition from informal to formal employment.

The research team analyzed existing secondary data, and also conducted a survey of approximately 2,000 workers in Dhaka and Chittagong. The data were used to examine the links between informality and growth, analyze worker transitions between different types of jobs, and estimate the valuations of specific job benefits by workers and employers.

Impact of Sectoral Growth on Formal and Informal Employment

Demand for Bangladesh’s exports—particularly from the ready-made garments sector—has risen rapidly over the past two decades. However, little is known about how rising export demand affects employment in the rest of the economy. We exploited exogenous variation in demand for exports, coupled with supply chain links that propagate these export-driven demand shocks throughout the economy, to examine the effect of sectoral growth on employment in the formal, informal, unpaid, and self-employment categories.

Formal-Informal Job Transitions and Workers’ Preferences for Specific Job Benefits: Evidence from a Survey of Workers in Bangladesh

Despite substantial growth in recent years, the share of informal employment has remained stubbornly high in Bangladesh. We examined whether individual workers are “locked” into informal employment or whether they move between different types of jobs, and if so, what characteristics or events trigger those transitions. We constructed transition matrices showing the extent to which workers move between formal and informal work and self-employment, as well as between jobs with and without specific worker benefits. Using a choice experiment we elicited workers’ preferences for specific benefits, including a written contract, termination notice and paid leave.

This study was conducted under the IZA/DFID Growth and Labour Markets in Low Income Countries Programme (GLM | LIC) set up by the Institute for the Study of Labor (IZA) in cooperation with the UK Department for International Development (DFID).