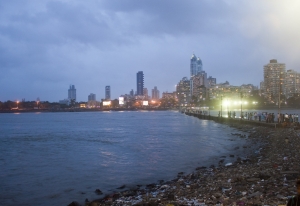 South Asia remains one of the least integrated regions in the world. Trade within the region accounted for just 7 percent of the region's global trade in 2012, compared with 25 percent for Southeast Asia and 21 percent for South America. In the past, autarchic policies in India and some other South Asian states contributed to this situation. However, over the past two decades, autarchic policies have been reversed, including the lowering of tariff walls, investments in connectivity, and streamlined border processes. The region's share of trade to GDP doubled from below 20 percent in the 1988-1992 period to about 40 percent in the 2008-2012 period. Despite these changes, the share of intra-regional trade has stagnated. The goal of the project was to understand these changes, their sources and sustainability, and propose policies to enhance trade. Particular importance was given to how trade decisions are made, the political economy issues, and the role of non-tariff measures.

Policy recommendations included building state capacity for policymaking in regional trade; understanding asymmetric bargaining power as a basis for trade outcomes; shifting the focus from outcomes (such as improving the efficiency of non-tariff measures or connectivity) to causes (such as lack of bureaucratic capacity to conceptualize, design, develop and implement trade policy).