Veterans in America is a special limited-series podcast produced by the RAND Corporation that addresses issues that matter to American veterans, their friends, and their families. Join hosts Stephanie O'Neill and David Gorn as they talk with veterans and their families about their experiences, and with the researchers who are working to help make their lives better.

Subscribe above or right-click the XML button, select “Copy Link,” and paste the link into your favorite podcast app or feed reader.

Episode 1: Healing the Invisible Wounds of War with Virtual Reality

Shellshock. Battle fatigue. Post-traumatic stress disorder. These invisible wounds of war have been with us as long as combat itself. Listen to the story of Joe Merritt, a former Marine and Army National Guard soldier, and meet his wife, Sonya. Learn about an effective evidence-based treatment for PTSD: virtual reality exposure therapy. We'll talk with Terri Tanielian, a senior behavioral scientist at RAND; Skip Rizzo, psychologist and director for medical virtual reality at USC Institute for Creative Technologies; and Barbara Rothbaum, clinical psychologist and executive director of the Emory Healthcare Veterans Program.

Listen to this episode and read more about Joe Merritt's story

Episode 2: Why So Many Military Women Think About Suicide

Women in the military face a much higher risk of suicide than civilian women. Why? In this episode, we'll meet two women who attempted suicide and learn how they found help. Antoinette Wallace watched the Twin Towers go down on 9/11 from her Staten Island high school window, enlisted in the U.S. Army National Guard, and deployed to Iraq. Taniki Richard struggled with the culture of the Marines. We'll discuss the link between suicide and military sexual trauma with Rajeev Ramchand, a former senior behavioral scientist at RAND.

Family members and friends who are caregivers to post-9/11 veterans save the United States millions of dollars in long-term care and health costs, but caregiving can be a full-time job. Most post-9/11 caregivers are spouses, many of whom are raising children. In this episode, we'll hear how Jessica Allen navigated the system to re-create life for her family after her husband, Chaz, returned from Afghanistan wounded. We'll also talk to Lee Woodruff, who became a national advocate for military caregivers after her husband, Bob Woodruff, a long-time war correspondent and anchor of ABC World News Tonight, nearly died in Iraq. We'll discuss RAND's landmark study of America's "hidden heroes" with senior behavioral scientist Terri Tanielian. 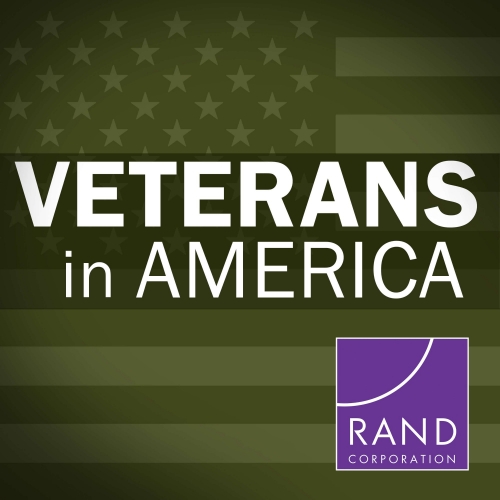 Five ways you can make a difference: