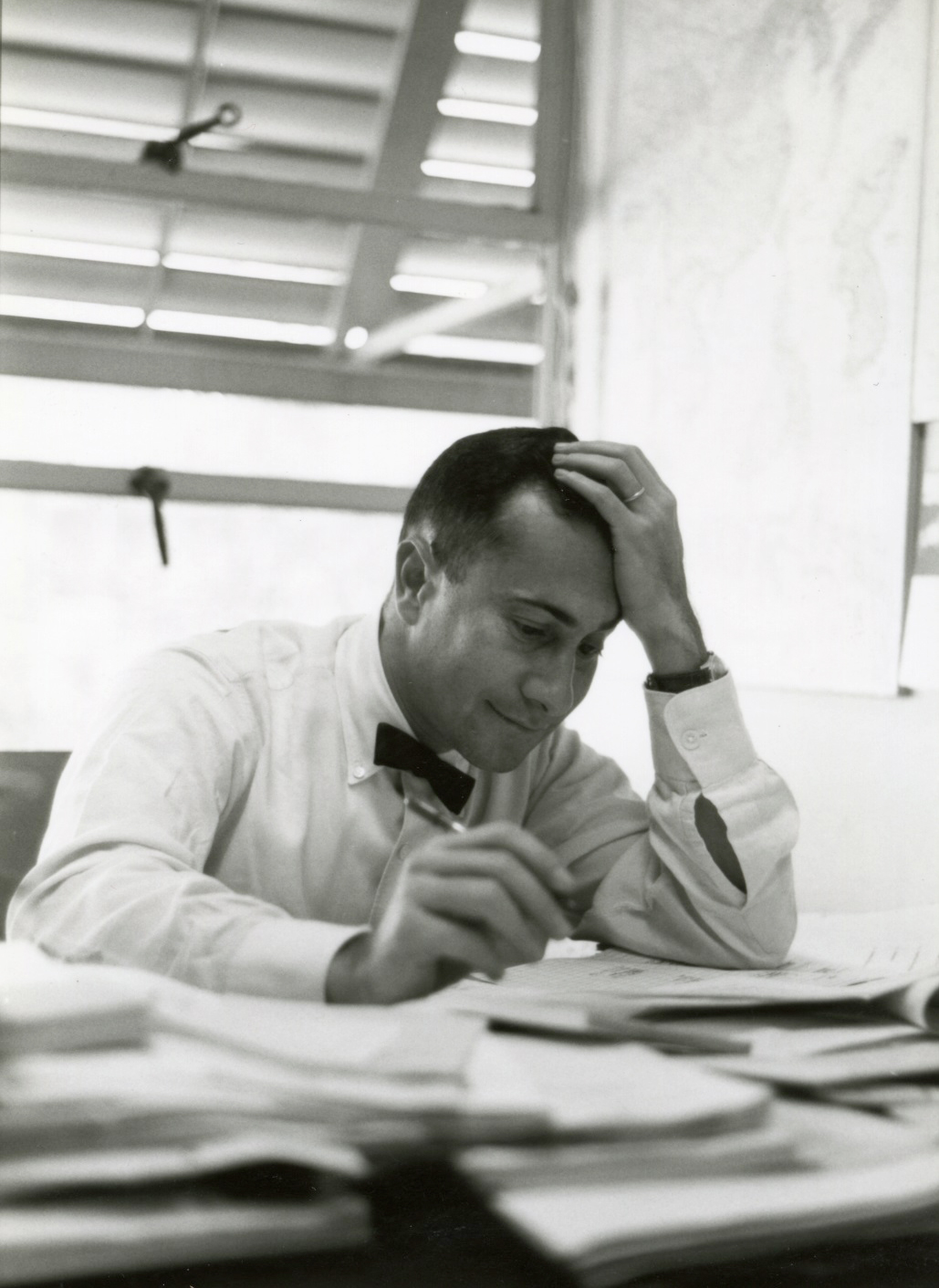 Charles Wolf in a RAND photograph taken early in his career

Charles Wolf Jr., a leading economist and founding dean of what is now the Pardee RAND Graduate School who was regarded as one of the intellectual founders of modern policy analysis, has died. He was 92.

“Charlie Wolf was a significant figure at RAND for much of its history,” said Michael D. Rich, president and chief executive officer of the RAND Corporation. “As a leader of our Economics Department and founding dean of our graduate school, he helped shape generations of economists, statisticians and policy analysts. And his personal research made impressive scholarly contributions to several fields at critical junctures in time.”

Within RAND, Wolf held another unique distinction—he was the first employee to mark 60 years with the institution, joining it as a senior economist on June 23, 1955. He remained professionally active until days before his death, a familiar figure at both RAND's Santa Monica headquarters and Stanford University's Hoover Research Institution, where he was a senior research fellow.

Wolf was also committed to RAND as a philanthropist, making major and regular contributions to the graduate school's endowment with his wife, Theresa. “Their generosity will help ensure that RAND will thrive for years to come,” Rich said during a 2015 speech saluting Wolf's career. “And it set an example for the rest of us.”

In the early days of RAND, the Cold War was a dominant issue and Wolf was considered one of “the two or three most authoritative and insightful analysts of Soviet economics,” David C. Gompert, a senior fellow at RAND, wrote in a 2015 tribute marking Wolf's 60th year at the institution.

Years before it happened, Wolf predicted the demise of the Soviet Union through economic exhaustion and ethnic dissension. His analysis proved prescient when the collapse finally came in 1991. And in the early 1960s, he had been the first RAND researcher to visit Vietnam in an official capacity, as an economic expert on a presidential commission assigned to survey the situation in Southeast Asia.

A prolific researcher, Wolf had nearly 300 academic publications to his name and had written more than a dozen books. His research focused largely on economic development, particularly in Asia; the economics of communist systems and their later transitions to market-oriented societies; foreign aid and security assistance; and burden-sharing among allies.

A collection of his wide-ranging essays was published in “Puzzles, Paradoxes, Controversies, and the Global Economy” (2015). His other books included “China and India, 2025: A Comparative Assessment” (2011), “Understanding Iran” (2009) and “Looking Backward and Forward: Policy Issues in the Twenty-First Century” (2008).

From 1967 to 1981, Wolf led the Economics Department at RAND, hiring and nurturing notable new talent at a time when the institution was working to sustain its highly regarded reputation in national security research while greatly expanding its research on domestic policy.

His new hires were soon designing the RAND Health Insurance Experiment, begun in 1971 and widely regarded as one of the largest and most important studies of health insurance. Its conclusions encouraged the restructuring of private insurance and helped increase the stature of managed care.

With Wolf at the helm, RAND's Economic Department carried out a vast array of projects that included collecting data on family decision-making in developing countries; studying welfare reform, black-white earnings differences and fertility decisions; and helping to design the all-volunteer military.

When RAND launched a graduate school in policy analysis as a five-year experiment in 1970, Wolf became its founding dean. He led the school for nearly 30 years. From the start, it was regarded as one of the most rigorous policy analysis programs in the country. The Pardee RAND Graduate School is the only public-policy graduate program specializing in the doctorate degree, and the only one based at a public-policy research organization. The school has awarded doctorates to hundreds of graduates, many of whom have become leading thinkers and decision-makers in government, business, academic and nonprofit organizations.

In the late 1990s, alumni of Pardee RAND and other donors honored him by establishing the Charles Wolf Jr. Endowed Lecture Series to bring noted economists and speakers to the school to address important and timely policy issues. In 2014—the year Wolf turned 90—alumni and Wolf's friends set up another tribute fund (PDF) to support future students of the school.

“Charles has excelled as a researcher, department head, dean of the graduate school and as a philanthropist,” Rich said in a speech marking Wolf's 60 years at RAND. “Four domains, four different roles—and countless accomplishments and impacts on people, policy and this institution.”

Born in 1924 in New York state, Wolf attended Harvard University, earning a bachelor's degree in economics in three years. After graduating in 1943 he enlisted in the Army and was soon serving in Italy as a corporal in the Office of Strategic Services, the wartime intelligence agency of the United States during World War II. He spent part of 1943 at Stanford University, where the intelligence agency taught him Dutch. Wolf was also fluent in French.

He twice served as a Foreign Service Officer with the Department of State, from 1945 to 1947 and again from 1949 to 1953. Wolf also received a master's in public administration in 1948 and a doctorate in economics in 1949 from Harvard.

In the early 1950s, he taught economics and Asian and Far East studies at Cornell University and the University of California, Berkeley.

In 2007, the government of Japan presented Wolf with the Order of the Rising Sun, Gold Rays with Neck Ribbon—one of the highest honors it awards an academic. It was given in recognition of the role he and his research played in facilitating the maturation of Japan's relationship with the United States.

As a pioneer in the field of policy analysis, Wolf helped found its flagship professional organization, the Association for Public Policy Analysis and Management, in 1979 and served as its second president. He also helped launch the group's policy analysis journal and wrote widely on the subject.

He has served on the boards of numerous organizations, including Capital Income Builder and Capital World Growth and Income Inc. Wolf was also on the advisory board of the Center for International Business and Economic Research at the UCLA Anderson School of Management.

He was a devoted tennis player whose style, Gompert wrote in 2015, bore “a striking resemblance to Wolf policy analysis: precise, fierce, courteous, tireless.”

Wolf is survived by his wife of 69 years, Theresa V. Wolf, an artist whose works hang throughout the Pardee RAND Graduate School. He is also survived by two sons, C. Theodore Wolf of New York City and Timothy V. Wolf of Boulder, Colorado; and two grandsons, Daniel-Charles V. Wolf and Stephen B. Wolf.

In celebration of Wolf's life, his family requests that memorial gifts be made to either of the following: