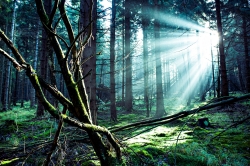 Recent years have seen dramatic improvement in our ability to reason systematically about the long-term future. The Pardee Center has been a leader in many of these advancements, including the development of methodologies and tools that are used in research and decision making to address some of the world's biggest challenges.

Robust Decision Making (RDM) is a particular set of methods and tools developed over the last decade, primarily by RAND researchers, designed to support decision making and policy analysis under conditions of deep uncertainty.

RDM helps identify potential robust strategies, characterize the vulnerabilities of such strategies, and evaluate the tradeoffs among them. “Deep uncertainty,” refers to conditions where the parties to a decision do not know or do not agree on the system model(s) relating actions to consequences or the prior probability distributions for the key input parameters to those model(s).

RDM has a particular focus on helping decision makers identify and design new decision options that may be more robust than those they had originally considered. Often, these more robust options represent strategies designed to evolve over time in response to new information.

RDM can be used to facilitate group decision making in contentious situations where parties to the decision have strong disagreements about assumptions and values. The applications for RDM span across a wide range of decision challenges—from reducing greenhouse gas emissions to water management issues, economic strategies, and more.

Analytic tools have been developed to utilize the principles of RDM and facilitate decision makers in different scenarios of "deep uncertainty."