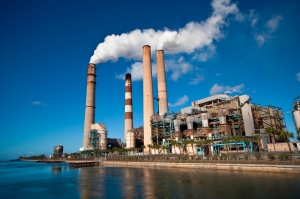 The appearance of markets where they have not previously existed can be an agent of profound societal change. Economists have developed an extensive understanding of how markets can produce an efficient allocation of resources and spawned an array of tools that policy analysts use to assess the welfare enhancements of alternative policies.

But policy analysts lack any similar, integrated understanding of the not-uncommon transformational effects new markets can have on values, incentives, and institutions, all most often assumed to be invariant in standard economic analyses.

For example, limiting climate change requires a transformation of energy and transportation systems. To hold global atmospheric concentrations of greenhouse gases within what appear to be acceptably safe levels will require the carbon intensity of these systems to drop much faster over the coming decades than any relevant historical experience. But attempting to force too fast a decline could impose unnecessary costs to the economy.

In addition, costs and benefits will not be equally distributed during any transformation to low carbon intensity, so that any policy must contend with differing pressures from various groups within society. The question is, would market-based policy instruments help or hinder this transformation?

At the request of the National Science Foundation, RAND researchers designed a policy simulation tool and supporting decision framework to examine how alternative designs of market-based policy instruments might or might not facilitate transformations in human societies.

The theme of market-induced transformations encompasses many of the most pressing policies issues facing the United States today at home and abroad. Through initial inquiries and extensive interaction with policy makers and the policy community by the project team, this project sought to help disseminate decision tools and concepts that can improve the U.S. government’s ability to more effectively exploit and manage market transformations as a policy tool in a wide variety of areas.

This project integrated and advanced the understanding of market-induced transformations, thereby developing a set of policy analytic tools to compare and assess the effects of alternative policies that seek to achieve their goals by fostering market transformations.

In particular, the researchers demonstrated:

In the Media: Blogs and Commentary